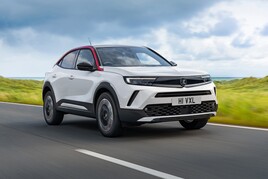 Vauxhall Motors has cut £3,000 from the price of its Corsa-e and Mokka-e electric vehicles to maintain their affordability following changes to Government’s plug-in car grant (PiCG).

Paul Willcox, managing director of the Stellantis-owned car brand, said: “Vauxhall wants to move the UK to electric motoring as quickly as possible, which is why we have committed to being an electric-only brand from 2028.

“In light of a further evolution to the Government Plug-in Car Grant, we have taken the decision to change our pricing policy on our all-electric Corsa-e and Mokka-e models.

“With more attainable pricing from significant reductions on both models, as well as the grant, we hope to put zero-emissions-in-use motoring within the reach of even more British motorists.”

Vauxhall’s transition to full electrification will see it offer an electrified variant across its entire model line-up by 2024 on the way to a fully electric vehicle range by 2028.

The brand already claims to be the UK’s leading electric van manufacturer – following Stellantis’ announcement of a commercial vehicle focus for its Ellesmere Port plant – and offers an electric version of every van in its model line-up.

A EV version of the all-new Astra, the Astra-e, will also join the range in 2022.

Its Corsa and Mokka EVs have this received upgrades this month which have increased each model’s official zero-emissions range.

The move came just seven months after earlier cuts were criticised by AM100 dealer group bosses.

Transport Minister Trudy Harrison said: “The market is charging ahead in the switch to electric vehicles.

“This, together with the increasing choice of new vehicles and growing demand from customers, means that we are re-focusing our vehicle grants on the more affordable vehicles and reducing grant rates to allow more people to benefit, and enable taxpayers’ money to go further.”