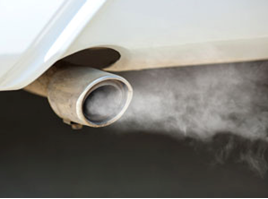 German regulator Kraftfahrt-Bundesamt (KBA) has widened its emissions scandal investigations to over 50 models.

While many rival manufacturers to Volkswagen have already gone on the record to say they have not cheated emissions tests, the KBA said it has “verified indications from third parties regarding unusual pollutant emissions”.

The chairman of Ford of Europe has written to all its franchised dealers to reassure them that the Blue Oval has not been caught up in Volkswagen’s emissions cheating. Vauxhall has also said it has not used ‘defeat devices’ in its vehicles.

Approximately two-thirds of the measurements have already been carried out.

The KBA said: “Since the end of September, KBA has been investigating whether further manipulation of emissions, of nitrogen oxides in particular, is taking place in the market.

“The choice of vehicle models was based on the registration statistics in Germany as well as with respect to third party verified hints about conspicuous pollutant emissions.

"The studies include more than 50 different vehicles from domestic and foreign manufacturers with different diesel aggregates whose emissions will be measured both on the chassis dynamometer as well as portable emission measurement systems (PEMS) on the street.

“Based on raw data partly increased nitric oxide levels in different driving and environmental conditions have been identified so far.”

The KBA is in discussions with concerned manufacturers and approval authorities and will only release full data after they have been evaluated and are “legally robust”.