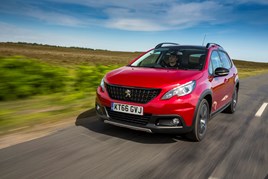 PSA Group raised the price of its vehicles but insists that it does not come as a response to Britain’s Brexit vote.

The average price of vehicles in the Peugeot, Citroen and DS stables rose by 2% on August 1 amid suggestions that widespread price hikes could be implemented by manufacturers looking to “claw back” falling margins.

Vauxhall and Ford have also implemented price rises in July, a spokesman for the Vauxhall telling AM: “The price increase in July was the result of exchange rate decline increasing our costs. It was a straightforward rise – the dealer margin is a percentage of list price.”

Commenting on its recent price rises, a spokesman for PSA Group said: “On average the increase was 2% for both brands. Pricing is continually reviewed to ensure each brand remains well positioned and competitive in the marketplace, and I can confirm that a price rise at some stage during the summer period has been part of our brands' provisional planning for some months – starting well before the recent exchange rate fluctuations.

“These are economic price increases and part of our normal commercial processes, rather than being a direct response to current exchange rates.”

Renault, Fiat and Nissan are among the manufacturers openly speculating that the current weak pound and the prospect of future trading tariffs with Europe could prompt more widespread rises, others have yet to implement an increase.

A spokesman for Renault said that it had imposed no price changes since the referendum, adding that there were none currently planned at Renault UK. He added: “Renault UK constantly evaluates its competitive positioning in the marketplace.”

Last month Ford’s chief financial officer, Bob Shanks, said that factory closures and price hikes were “on the table” as the manufacturer looks to cut costs.

His comments came as the manufacturer expressed fears that Brexit could cost the brand over £800 million over the next two years.

Its operating profit for H1 was a record $6.8 billion (£5.2 billion), but The Guardian reported that the devaluation of Sterling against the dollar and an expected slowdown in UK car sales would cost Ford $200 million (£152 million) this year and another $400m (£304 million) to $500m (£380 million) each year over the next two years.

Shanks said: “We’re seeing elevated economic risk for the most part globally, and particularly, in what is happening with Brexit.”