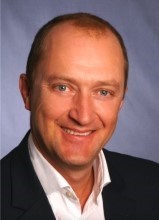 TecAlliance has reacted to Warrantywise’s recent customer survey results on workshop mistrust by calling on aftersales providers "to provide an effective response to the constant stream of criticism”.

According to the survey of 1,320 motorists, the public dread dealing with workshops more than any other trade, with 78% of the women and 62% of the men feeling that they would be ripped off when getting their car fixed.

The survey also highlighted the fact that the public lacks understanding when it comes to the components their vehicles use and jargon surrounding them.

TecAlliance cited the survey results as a “dent to the reputation of the service and repair sector” and called on independent workshops to “seriously consider how they might tackle the issue of customer relations and provide an effective response to the constant stream of criticism”.

Tec Alliance UK and Ireland’s commercial director, Shaun Greasley (pictured), said: “Although it might sound like an oversimplification, the answer is to provide customers with complete clarity.

“It is obvious from the survey and from our combined experience as individuals within the trade, that the majority of the general public has become so disconnected from how cars work that they have no idea of their requirements.

"They are unaware of the terminology used by the trade, so react to their own lack of knowledge with suspicion and distrust of those who do.

“On top of this, it is left to those who are the least trusted – and often least equipped – to try and educate them, while at the same time presenting the bill!

“However, TecAlliance repair and maintenance information (RMI) users have an effective tool with which to tackle the problem, because it gives them the ability to demonstrate to their customers – on screen – exactly what is required for a specific service or repair, how long it will take, what parts are need and even how much those parts will cost. This provides consumers with the clarity they crave and goes a long way to restoring the element of trust.

“Naturally, the work still needs to be completed in the correct manner, which is where RMI delivers again because through its detailed service actions and repair processes, it provides a proficient technician with all the information they need to carry out a first class job and, ultimately, that’s what really counts for the workshop and motorist alike.”

LAST CHANCE - Are your workshops ready for electric vehicles? Have your say in AM’s survey

LAST CHANCE - Are your workshops ready for electric vehicles? Have your say in AM’s survey