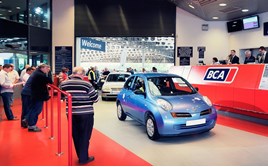 Average used car values rose by £122 (1.3%) across the board at BCA during August, as the company reported a strong trading month.

The headline average value of a used car reportedly rose to £9,084 over the month, the second highest average monthly figure on record at BCA.

Year-on-year, the headline figure was up by £742, equivalent to an 8.89% increase in average values, the result reflected both “the steady demand, well-balanced supply and the richer mix of stock available at BCA over the past 12 months”.

Notably, the average age and mileage profile continue to fall - average mileage declined by around 3,300 miles, although age was only marginally down compared to a year ago.

“Reports from managers across BCA’s 24 strong network also bear this out, with both car and LCV sales performing strongly, despite being at the height of the summer holiday season.”

Pearson said: “With the market now firmly into the second plate change period of the year, activity levels are high across the wholesale sector.

“Based on previous years’ experience, the market will see volumes peak in October and November with the possibility of a brief period of oversupply when values may come under pressure.

“Typically, we expect to see prices strengthen later in 2017 as dealers start to plan for the New Year.”

Average values in the fleet and lease sector improved by £48 in August to £10,534, equivalent to a 0.4% rise. BCA reported this figure as the highest average monthly value recorded at BCA for fleet and lease stock.

Retained value against original MRP (Manufacturers Retail Price) improved slightly to 42.70%, whilst year-on-year values were up by a significant £644 (6.5%), as both average age and mileage continued to reduce. 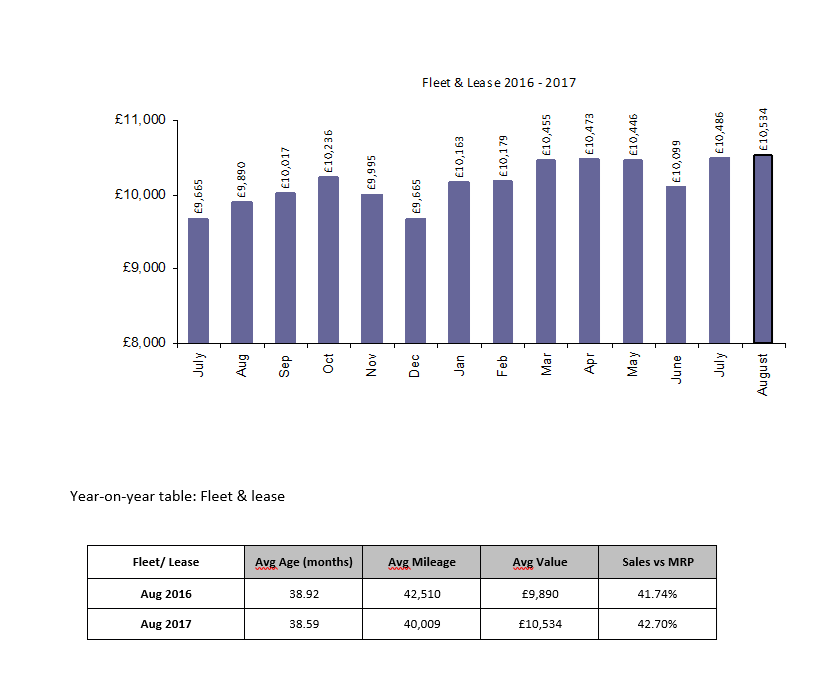 Longer term dealer part-exchange values have been relatively stable during 2017, with year-on-year values ahead by £432 (a significant 10.1% increase), while average age and mileage are little changed over the period. 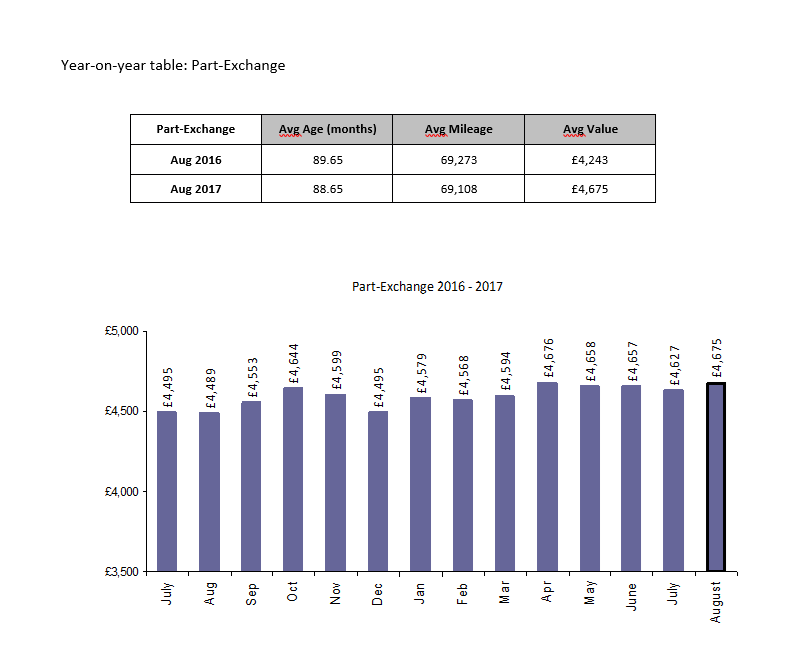 Values for nearly-new vehicle values were effectively static in August, down by just £5 to £18,756.  Model mix has a significant effect in this low volume sector. 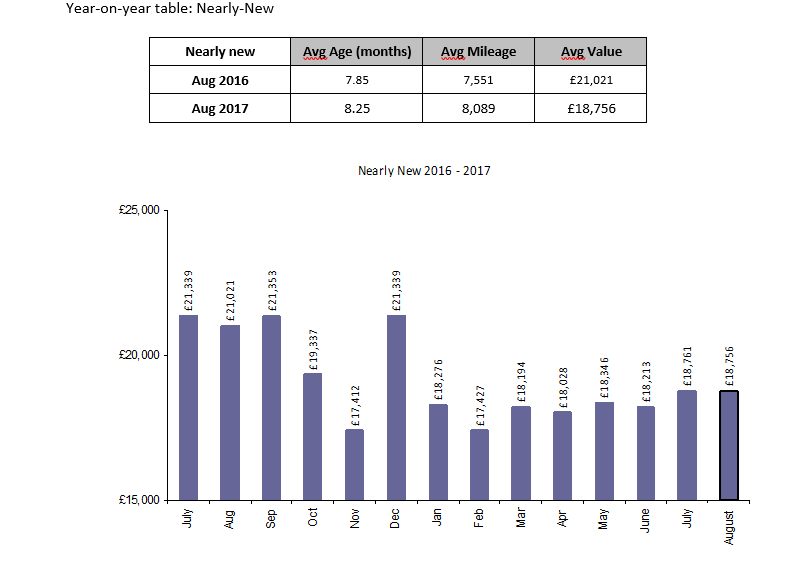 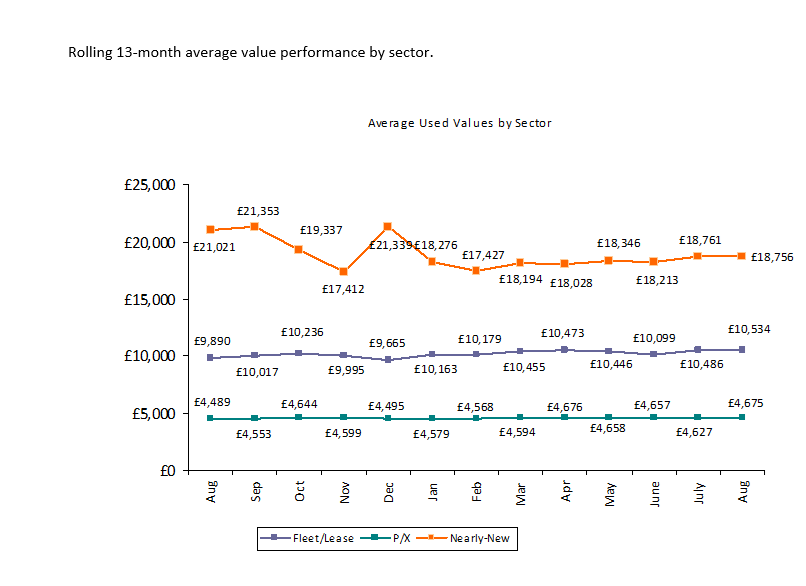