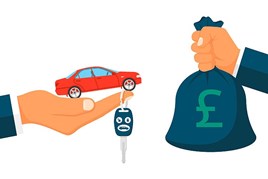 First-time buyers are opting to buy a newer car thanks to the affordability offered by attractive finance or leasing agreements, research has revealed.

A study of 2,112 UK drivers showed that 52% were planning on buying a car less than three years old, instead of an older used one.

Conducted by www.VoucherCodesPro.co.uk, the research also revealed that the average spending budget for a new car was £6,500

However, 89% said they would have to buy a used car as they could not afford a new one, but 35% admitted to not looking at finance options.

George Charles from VoucherCodesPro said: “The age of the first time banger is fading quickly. Granted, they used to be a good idea; a cheap car you could drive until the engine fell out, and then just drop it in the scrap yard.

"It certainly had an appeal, but these days cars are so much cheaper, with multiple finance options for all people with different incomes.”

The top five reasons for wanting a new car were:

3. I will have more status amongst friends and peers – 19%