The quarter July to September finished ahead of last year by over £6,000.

This improvement has seen the average retailer return on sales percentage rise back above 1%, albeit only marginally, said performance specialists ASE.

The strong result for September has seen overall site profitability rise again above the prior year on a rolling 12 month basis to £191,000. Whilst it doesn't always feel positive, these results show the resilience of motor retailers in the tough market since the end of the first quarter.

"We can see the effect of many franchises reducing retailer targets within the results for September," said ASE chairman Mike Jones (pictured).

"Whilst volumes did not match the prior year, profitability was strong reflecting the revision in many targets and the fact that some franchises have enabled retailers to recognise annual bonuses early."

Average retailer used car performance continued to be strong in September, with average gross profits of well over £1,000 per unit being earned.

"We have seen a slight rise in the average stand in value per unit at the end of September, indicating an increased presence of self registered units.

"This is contrary to the normal trend in a plate-change month where the volume of part exchange vehicles normally drives down average levels.

"The profitable disposal of these vehicles will be key to medium term performance, with retailers requiring to re-profile their stock.

"Following on from the trend since the first quarter, I am expecting new vehicle sales volumes to be down in the final quarter.

"As we have seen in September, providing targets are adjusted proportionately retailers can still prosper albeit it will likely be a hard slog. Used and aftersales performance should remain strong providing the self registered cars are processed efficiently."

Drawing on its vast knowledge of best practice, ASE chairman Mike Jones' session explores the financial impact of implementing a number of revenue-boosting activities both short and long term.

Highlighting ways to increase profitability, Jones will look at the top 10 elements the most profitable dealers have put in place which differentiates them from the majority.

Drawing on data gathered by ASE on a monthly basis and the thousands of dealer performance improvement visits the consultancy performs on an annual basis, Jones will provide essential insights as dealers seek to make gains in what has been a challenging market in April and May.

Jones will also discuss how the market is likely to perform in the second half of this year. 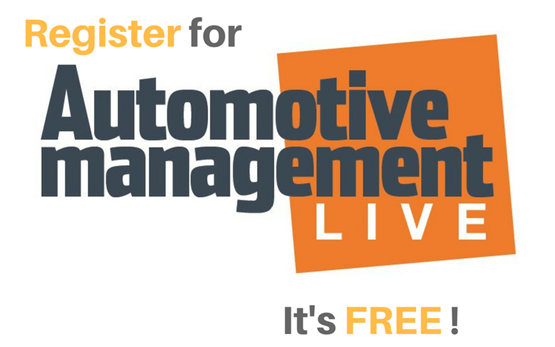