Christmas as car buyers look set to stay online throughout the festive season, softening the seasonal stall in sales, according to Motors.co.uk.

The car search website found its customers were still receiving consumer enquiries on Christmas Day last year, as car buyers returned to shopping online once they had opened presents and had their lunch, and fully expects the trend to continue in 2017.

Five festive predictions have been served up ahead of Christmas which Motors.co.uk believes may encourage dealers to meet consumer demand and prepare for a busy Boxing Day.

•            A record response for December and a 20% year-on-year increase in consumer visits thanks to a rise in search engine visibility and improved mobile functionality.

•             Consumer enquiries to dealers will be relatively high on Christmas Day, with more than 400 calls and emails sent to Motors.co.uk customers in December 2016.

•             Online car searches will bounce back from 5pm on Christmas Day as families sit down in front of the television with their tablets and smartphones.

•             From Boxing Day to New Year's Eve consumer demand will sharply rise. In 2016 average visits to Motors.co.uk per day were 4% higher during this period than on average per day in November last year. 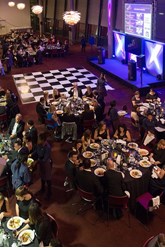