The survey showed that overall satisfaction scores, which are based on a 1,000-point scale, improved by 12 points overall year-on-year in 2017 as the two UK-based brands gained favour from consumers.

Land Rover ranked highest among premium brands for a second consecutive year, with a score of 824, a 16-point improvement from 2017, and was followed by Volvo (808) and Mercedes-Benz (805).

The study also claims to have determined that young customers are less likely than older customers to be loyal to a dealer, being more reliant on recommendations from friends and relatives.

Josh Halliburton, vice-president and head of European operations at JD Power, said: “These results illustrate the importance of developing passionate advocates, not only for the product but also for the dealership itself, when trying to attract younger people as new customers.

“Recommendations among customers in this group are far more important than dealership advertising, promotional materials or coupons.”

Online service booking, the ability to use texts to communicate with a dealership and the importance of aftersales staff was all explored in the JD Power study.

It found that “service initiation satisfaction” was higher among customers who schedule service over the internet (799) than among those who schedule via phone (792).

The study also found that, while text messaging and messaging app updates continue to be used more frequently to communicate with service customers (increasing by 2ppt and 1ppt year-on-year), there is still a large gap between current usage and what customers prefer, particularly customers under the age of 40.

“Nearly one-third (30%) of customers prefer communication by text, but only 13% received that type of communication during their most recent service visit”, the study noted.

Among the other findings were a 15-point score boost delivered by study respondents who handled payment with their service advisor rather than dealing with a “cashier” and the assertion that proper explanation of work and charges is time well spent.

The study said: “Satisfaction is higher among customers who have the work and charges explained for services performed on their vehicle even though it may take 11 to 15 minutes to complete their paperwork than among those customers who take less time to complete paperwork (0-5 minutes) and do not have the work and charges explained.”

JD Power’s study, now in its fourth year, measures customer satisfaction with their service experience at a franchised dealer facility for maintenance and repair work.

The 2018 UK Customer Service Index Study is based on data collected from 7,899 respondents who registered their new vehicle between February 2015 and April 2017. The study was fielded in February-April 2018. 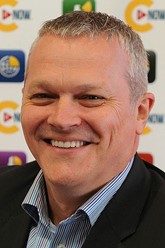