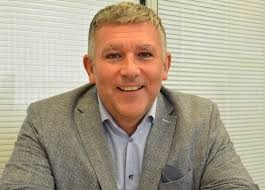 Automotive graduates were among the hardest hit by pay declines in the automotive sector as demand for technicians and logistics workers delivered a salary shift in 2018.

An annual report on the recruitment sector, compiled by InAutomotive, revealed that graduates entering the sector attracted a salary 4.1% smaller than a year earlier during 2017/18 in a sector which generated an overall increase of 0.34%.

Technicians’ meanwhile, attracted the largest salary growth during the period, rising by 13.9% to an average £31,422. 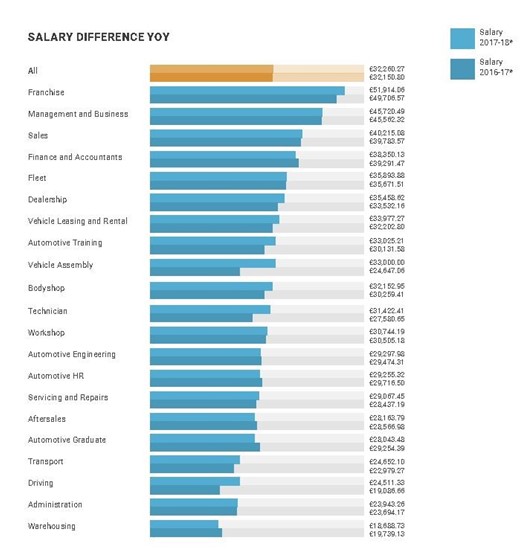 The highest salary advertised via InAutomotive last year was £51,914.06, which came from the Franchise sector.

The shift in graduate pay could be partially accounted for by a move towards the recruitment of apprentices and a focus on developing staff internally.

InAutomotive is in no doubt of the need for recruits in areas of the automotive business traditionally seen as ‘hands-on’.

It said: “A report commissioned by the Society of Motor Manufacturers and Traders (SMMT) last year, revealed that as the number of cars on the road increases, this sector’s value is set to rise to £28 billion by 2022. The number of jobs in the aftermarket area alone is also expected to rise by almost 17% to 400,000 roles.”

With the rise in demand for recruits in technician, bodyshop and vehicle assembly roles on the rise, In Automotive’s research highlighted the risk of putting female and younger potential employees off a career in the sector.

“Our figures show that the automotive industry is still male dominated in most roles with men making up three quarters of those browsing our jobs”, said InAutomotive.

InAutomotive said that there was “a real need to change the perception of the automotive industry, particularly amongst young people”.

It added that “Longer established garage owners and managers, who are more in tune with the oily end of the business may be fearful of this up-and-coming generation”.

InAutomotive gave franchised retailers an insight into what potential recruits might be looking for when considering a job within a particular job role.

Many showed a willingness to travel for the right job.

Just 8% of respondents to surveys conducted by InAutomotive said that they were ‘looking for something closer to home’, while 37% were willing to commute 10 to 30 miles. 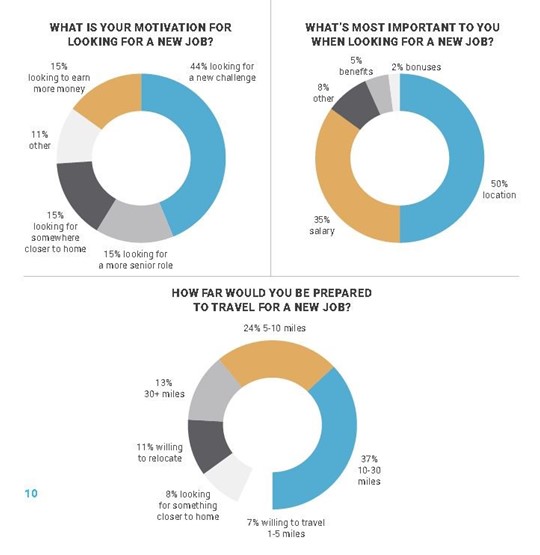 A total of 50% of respondents said that location remained the key consideration when looking for a new job, however, with 35% stating that salary was their top priority.

Ian Partington, the chief executive InAutomotive, said that recruiting candidates on their experience had become a core focus of his business as he looks to recruit candididates which are the best fit for his clients.

He said: “: “We have also committed to employing staff who focus solely on the candidate experience, which has proved successful in growing our jobseeker database, and in turn our customer base.

“By aligning the locations and categories into focus or growth areas, we have been able to report on granular detail and gain even more of an insight into how different types of jobseekers apply for their job depending on the seniority and industry.