One in two UK car retailers fear they will be forced to make redundancies before the end of 2020 as a result of the impact of the COVID-19 coronavirus outbreak.

As businesses battled to interpret how fiscal measures delivered by Government “on the hoof” could add resilience during the nation’s indeterminate lockdown, the majority of respondents to AM’s COVID-19 impact survey conceded that they would be forced to make cuts to their headcount.

In total 52.8% of 467 respondents to AM’s survey – conducted between March 25 and April 3 – said they could foresee redundancies in their business as a result of the impact of COVID-19.

However, just over a quarter (26.6%) asserted all their employees would keep their jobs during 2020. 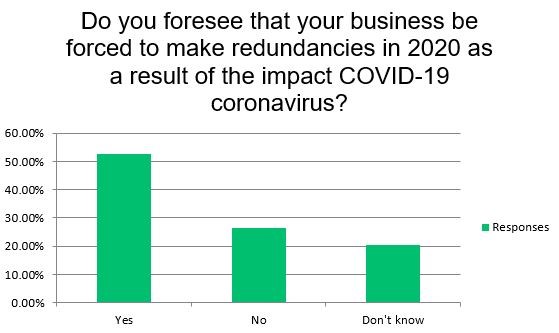 That reflected a more positive outlook of robust businesses such as AM100 dealer group Marshall Motor Holdings and Leeds-based Luscombe Motors.

In an interview with AM after Marshall announced the closure of its UK dealerships hours ahead of the Prime Minister’s announcement on March 24, Marshall Motor Holdings chief executive Daksh Gupta said that his business would be paying its employees 90% of their wage during April.

“We had already taken the decision to close stores and pay staff the 90% before the Government announced its salary support scheme and that’s what we’ll do. It’s the right thing to do.”

Gupta added: “How long could we stand it in a worst-case scenario? That remains to be seen, but if we go, we’ll be one of the last to go.”

Luscombe Motors owner Robin Luscombe said that his staff had been designated as “furloughed workers” as part of the Government’s Job Retention Scheme during his business’ enforced closure period.

But he added that, while he had discovered he was unable to take advantage of Government loan schemes set up to help businesses, he was confident Luscombe Motors would survive.

He said: “The main thing I can do right now is reassure them that they’ll have a job to come back to at the end of all this and they will.

"It’s going to be a bumpy time, but we’ll still be here at the end.”

Respondents to the AM survey were quick to praise the response of dealers to the current crisis, leaving praise in comments accompanying their contribution.

One stated: “I believe our group has acted in the best interests of our customers and colleagues alike.

"We are in choppy waters and everyone in the industry needs to work together to keep our key workers mobile and keep Britain moving.

"We’ll get through this, but we must all stay safe.”

The vast majority of car retailers had been quick to explore the option of furloughing staff following publication of details of the Government Job Retention Scheme (JRS) on March 26.

Some staff had been forced to ‘self-isolate’ due to the emergence of COVID-19 symptoms. 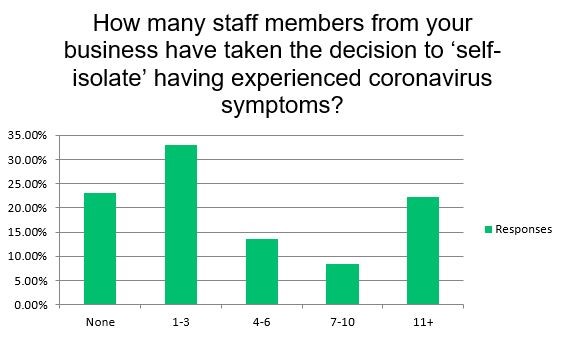 Some 22.2% of respondents stated 11 or more staff had stayed away from work as a result and only 23% stated that no staff had been taken ill.

AM’s survey revealed 93.1% of respondents were hoping the JRS would relieve pressure on cashflow and workforce. 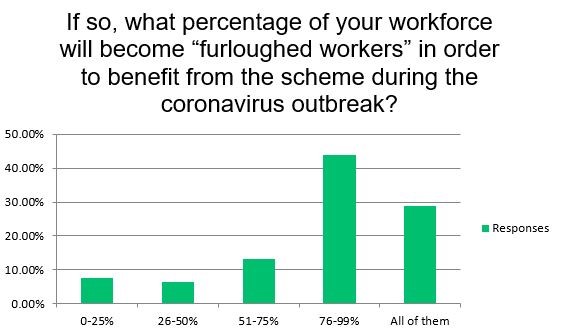 In his response to the scheme, however, ASE chairman Mike Jones acknowledged that most businesses had “placed their staff on furlough, in advance of fully knowing the rules”.

What resulted was confusion surrounding the inclusion of commission payments in the scheme.

MHA MacIntyre Hudson tax director Nigel Morris said: “The issue with so many of the Government’s fiscal measures right now is that they have been created on the hoof.

"No one can deny that they’ve done a vast amount to support business, but we still need clarification in certain areas.”

The HMRC said its online JRS application portal would go live on April 20.

He said that nine million people were expected to be enrolled on the scheme and “everyone will want the cash in time for this month’s payroll”.

Prior to that, HMRC chief executive Jim Harra said HMRC’s servers had been tested for 450,000 claims an hour, and a total of 5,500 staff will man a JRS helpline.

Lawgistics gained confirmation that HMRC will accept applications for commission payments calculated using the same month’s earning from the previous year or average monthly earnings for the 2019-2020 tax year.

Confusion surrounding Government support could be partially to blame for mixed responses to other questions in AM’s survey.

Business rate relief was expected to apply to 63.8% of respondents, while more than 13% did not know if they were eligible for support. 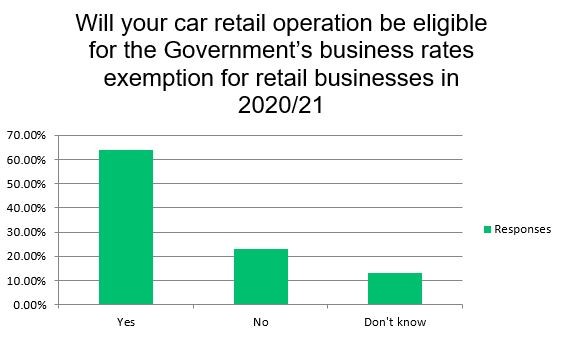 Criticism from respondents to AM’s survey was not confined to the clarity of Government support measures.

They also reflected disappointing experiences of the response from banks and local authorities.

One respondent said: “The support offered from the Government seems very good, but it is the fact that we have not received (any information about the schemes) yet which is causing distress.

Another respondent said urgent assistance was required, stating: “As yet, no financial support via the banks or council has been forthcoming.

"This will force my business to close in four weeks if I still have not received the financial support promised by the Government.”

It became clear that, despite the lockdown having been announced hours before our survey started, respondents were still uncertain of COVID-19’s impact on March trading.

The Society of Motor Manufacturers and Traders data subsequently revealed it to be a 44.4% drop.

A total of 22.6% felt they would lose over three-quarters (76%+) of their new car sales volume, meanwhile.

Less than half of UK car retailers are equipped to complete contactless online car sales despite the renewed focus on digital marketing brought by the COVID-19 coronavirus outbreak.

AM's results revealed that just 48.7% of the 427 respondents had the ability to trade online.

A total of 9.7% stated that they did not have a system in place yet, suggesting they had plans to implement changes. 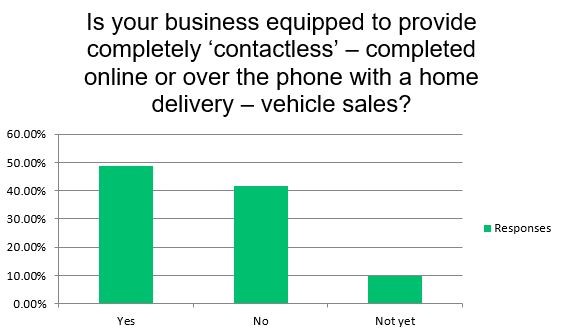 A fifth of consumers to buy cars 'immediately after' coronavirus lockdown

A fifth of consumers to buy cars 'immediately after' coronavirus lockdown