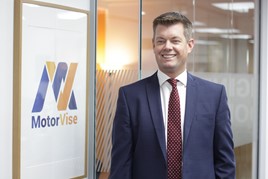 Strong demand for newly-launched 70-plate models in September will make this a profitable quarter for car dealers across the UK, Motorvise’s Fraser Brown has insisted.

In the latest digital edition of AM magazine, we delivered our eight steps to “Smashing September” alongside insight features from car retail group bosses and car manufacturers about their tactics to make the most of the key ‘plate change month.

While the likes of TrustFord chief executive Stuart Foulds and Vertu Motors chief executive Robert Forrester stopped short of describing that September was now “make or break” as many businesses aim to leverage it as part of their COVID-19 recovery strategy, it remains a key period.

And Brown is in no doubt that the month will deliver results for most, despite concerns about limited vehicle supplies and an increase in regional coronavirus outbreaks which have now left and estimated 10 million UK residents observing certain lockdown conditions once again.

Brown said: “It takes around three months for vehicle production to return to full capacity, which coincided nicely with the much-anticipated appearance of the 70 plate. This means that customers have a wide variety of choice and the cars are available for purchase.

“The pent-up demand for used vehicles has also driven up second-hand values in recent months, making the prospect of a new car even more attractive.

“Many potential buyers are also cash-rich. Months of staying in has resulted in limited opportunities to spend, including such big-ticket items as foreign holidays. It’s no accident that what money is being spent remains close to home on such items as home and garden improvements, hot tubs - and cars.

“The 70 plate is also the first to bear the green flash that distinguishes it as an electric vehicle, an initiative that is sure to build on the growing interest surrounding EVs.”

Brown’s point about car buyers' increased spending capacity was indicated by What Car? data published back in July.

The consumer magazine’s customer research found that one-in-five new car buyers had increased their budget since the start of the pandemic, with 12.5% of those with raised aspirations now considering “a more premium” brand.

Brown said that, while there was no doubt about it that September is “pivotal for the industry” he said that the real question remains how long its effects will last following an initial flourish of activity at the start of the month, asking: “”ill this expected bonanza stretch into the far reaches of Q4?”

Brown said: “I believe that those dealers that are going to be successful in Q4 will stage a sales activity event. This will certainly reap dividends, especially given that customer databases haven’t been touched since the early part of this year.

“Groups that have been successful with sales events in the past have generally run them in October and November.

“This means handovers, deliveries and invoicing fall in November and December, which are the traditionally quieter months for a car dealership.

“This will also reap dividends in future years by driving aftersales revenues from due dates for vehicle ownership and service anniversaries which will fall in these naturally lower profit months.”

AM Poll
Are you training your staff on commission disclosure ahead of the January FCA changes? Please leave a comment
Vote
View all
2179