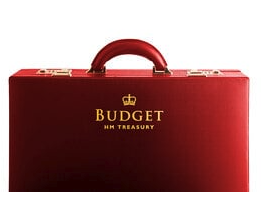 Motorists and businesses have made it clear what they would like to see announced as part of the Chancellor’s Budget tomorrow (October 27).

Close Brothers Motor Finance research shows that one in three (38%) would like some form of assistance from the Government to make electric vehicles (EV) more affordable.

A further 29% said they would like to see funding for all new build homes to have EVcharging points installed as standard.

Seán Kemple, managing director of Close Brothers Motor Finance, said: “While hybrids and alternative fuel vehicles are getting more popular, there are significant concerns that must be addressed to encourage more motorists to make the switch.

“We are still languishing in the tens of thousands of much needed electric car charging points – we need to get to two million to meet the ambitious 2030 goals.

“We’re less than a decade away before the ban, so time really is of the essence. What’s more, with the global semiconductor shortage continuing to squeeze supply chains and limit production of new AFVs, we need to see greater support from the Government to aid sector recovery during an especially challenging time.”

They say that the lack of effective regulation or support for the electric van market means clear barriers remain that prevent fleet operators from making the transition.

BVRLA chief executive Gerry Keaney said: “Electric vans are the future, but for too long, the Government has focussed on one-size-fits-all solutions for EVs.

“Zero emission vans are not yet affordable, accessible or feasible for many fleets and use cases. The sector needs a well-financed strategy with additional targeted fiscal support if we are to meet the 2030 phase out target.

“The measures laid out so far in the Transport Decarbonisation Plan and Net Zero Strategy do not go far enough.”

National Living Wage could rise to £9.50 an hour

Approximately half of the two million jobs paid at this level work in the cleaning, facilities, retail and maintenance industries.

Dealer groups should expect an increase in wage costs either through paying higher wages directly for certain roles, or potentially with costs being passed on by suppliers.

…”You cannot will the ends and ignore the means to turbocharge the economy…” Tony Danker, head of the CBI

The Confederation of British Industry (CBI) has warned the Government against new business tax rises in this week’s Budget (and Comprehensive Spending Review) or face dampening the economic recovery and undermining its broader strategy.

Tony Danker, CBI director-general, said: “If the UK is to break out of a decade-plus cycle of anaemic growth and zero productivity, then the Government has to get serious about what it will actually take to deliver that.

“There is a fundamental inconsistency where the Government wants to unlock business investment, but its tax policies do the opposite.

“You cannot will the ends and ignore the means to turbocharge the economy. Every economist and business leader knows it.”

Danker said the Government must choose if it is going for growth, or going back to “tax and spend”.

He added that while business and Government is united in its ambitions for the UK, it will take more working hand-in-glove to actually achieve them.

CBI key asks of Government include: