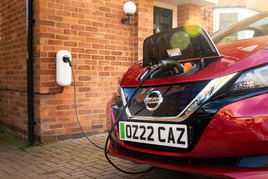 There’s a disconnect between driver benchmarks for acceptable range and the distances currently achievable by electric vehicles (EVs) that is preventing more people from making the switch.

A new report on UK car buyer behaviour, by Autovia, concludes that perceptions, rather than reality, are a problem for the industry.

Nicola Bates, Autovia CEO, said: “The race is on to convert every new car sale to electric by the end of the decade and we are ready to help. Although most daily media attention is on Government, car makers and infrastructure providers, the ultimate success in reaching that goal is in the hands of ordinary car buyers.”

Range anxiety was cited as the most pertinent issue by those who recently rejected buying an EV.

Despite continuous improvements in battery technology delivering ever greater distance between charges, the report states that motorists consistently say they want even more range.

Average weekly mileages driven in the UK have been falling consistently for more than a decade and are now consistently below ranges already offered by many mainstream EV models. This suggests that most drivers would need to charge much less frequently than they realise.

The essential tension between relatively high initial EV purchase costs and their lower day-to-day running costs remains one of the biggest challenges for the market to overcome, according to Autovia. Its most recent Driver Power research confirms this with running costs topping the list of reasons EVs are desired, but purchase costs coming second in the reasons against.

In 2021, the typical EV owner was male, middle-aged or older and enjoying greater financial security than the typical ICE car owner.

The economic and demographic segments owning the highest proportion of EVs were those earning between £80,000 and £124,999 and aged between 66 and 75 years.

Autovia said this share of older, wealthier owners is no surprise, given the typically higher purchase costs of an EV, along with perhaps greater freedom and control of journey-planning for retired people.

While this insight signals quicker-win marketing opportunities for manufacturers, policy makers should take note of the barriers that clearly exist, which must be overcome in the journey to full conversion.

Steve Fowler, editor-in-chief of Auto Express and Autovia editorial director, said: “This looks to be shaping up as the most dynamic period in the UK’s long relationship with the car and how smoothly it proceeds will depend on many variables.

“Policy makers need to understand emerging restraining factors, such as the current demographic imbalance in take-up of EVs and invest thought in proposing incentives that make the journey to electric as inclusive as possible.

Autovia’s Driver Power analysis has also revealed a strong connection between those who are most open to buying an EV and openness to the online purchase process.

The group with the strongest feelings about buying in-person from a physical location are diesel owners, 84% of whom will not choose the online experience. In contrast almost half of those who considered an EV most recently also expressed willingness to conduct the entire car buying process online. The group most likely to buy online, however, are currently petrol car owners.

The Autovia Insights Quartly report can be viewed here: https://aiq.autovia.co.uk/june/p/1