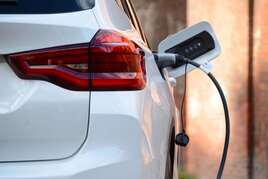 The growing momentum for electric vehicles (EVs) could be affected in the short term by social and economic challenges.

The UK is currently ahead of the required adoption curve to meet the Government’s 2032 EV target, according to the latest available Department for Transport (DfT) statistics included in Volkswagen Financial Services UK’s first EV tracking report.

Over the past decade, sales across the EV fleet – including battery electric cars (BEVs), plug-in hybrids (PHEVs), range-extended electric cars, and hybrid electric vehicles – have been modest, with accelerated sales volumes only commencing from around 2016, according to the DfT.

This increased momentum has intensified over the intervening six years and has further accelerated since the turn of the current decade, with 2021 delivering a significant step change.

When assessed in the context of the required sales levels as outlined on the Climate Change Committee adoption curve for 2032, it highlights that the UK was over 60,000 vehicles ahead of the curve at that point. By way of overall market perspective, the figures demonstrate that the volume of electric cars on UK roads currently account for 2.6% of all passenger cars (460,000 BEVs and 384,000 PHEVs against approximately 32 million cars in total).

“The startling sales performance witnessed in 2021 is a recognition that for many an EV is the way to go. This has resulted in the UK tracking 60,000 vehicles ahead of the necessary adoption curve timescale to meet the Climate Change Committee’s target of 55% of all light duty vehicles being battery powered in ten years’ time. This is a vital component of the nation’s net zero ambition.”

The result of the changing scenario for many consumers, according to VWFS, is that larger discretionary purchases such as a new car may be delayed or even cancelled. The cost-of-living squeeze will likely mean some potential EV purchasers may not commit to a switch this year, particularly as such vehicles are perceived to be more expensive in relative terms when compared to combustion engine alternatives.

The impact of the hike in petrol and diesel prices at the forecourts cannot be discounted, however. VWFS says the experience at the pumps may well persuade consumers that the adoption of an EV solution sooner rather than later is in their best long-term financial interest.