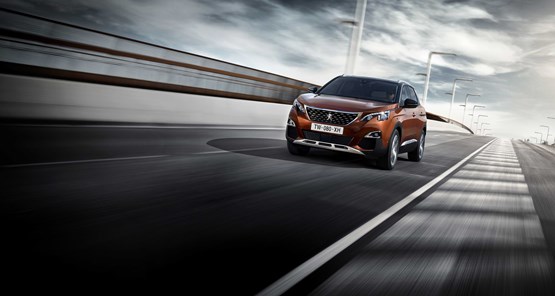 Peugeot’s pursuit of a more SUV-oriented direction for its ‘00’ looks set to continue with the French brand’s new 3008 model.

Interior space has also improved, most notably for rear occupants who now have an additional 24mm legroom, 4mm elbow room and 36mm headroom.

Front elbow space has also increased by 17mm despite the width of the new model being identical to the outgoing version at 1840mm, and height being 19mm lower at 1620mm.

Boot space of 520 litres is almost 90 litres greater than the previous generation.

Despite the improvements in passenger and luggage capacities, the new model is, on average, 100kg lighter than the previous generation versions.

Peugeot's i-Cockpit interior layout, focuses on five senses: Sight, by varying the intensity of ambient; lighting and the colour screens; Hearing, via the musical ambiance settings; Touch, via the multi-point massage embedded in the seats; and Smell, via the aroma from the fragrance diffuser.

Among a raft of new technology included in the new 3008’s specification is MirrorScreen smartphone connectivity, induction Smartphone recharging and 3D connected navigation.

Dockstations hold the e-Kick or e-Bike in place in the boot and recharge the batteries while the vehicle is running.

Active safety braking a distance alert system and lane departure warnings are all part of the safety equipmene, alongside Visiopark, a new 360° camera system.

The 3008 will be available to order in the UK from November with first deliveries due in January 2017.