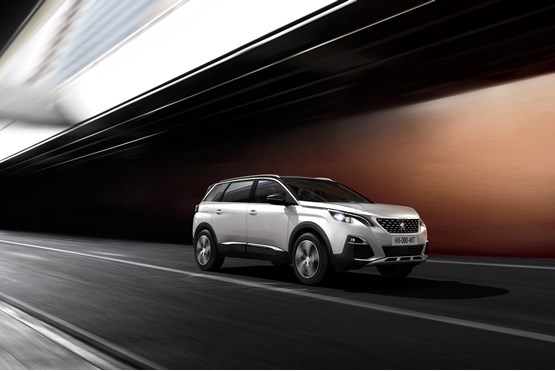 Inside there is now a 12.3-inch nstrument display and an eight-inch centre console touchscreen.

The rear passengers get access to power sockets, blinds and trays on the back of the front seats, plus hooks and their own cup holders.

The new 5008 has seven seats as standard and the third-row seats can be removed. Peugeot has made these rear seats 11kg lighter than they were in the previous 5008 to make their removing them easier.

Trim levels for the new 5008 will start with Active, since the less-equipped Access trim has been ditched for this market. Following Active is Allure, GT Line and the more performance-focused GT trim.