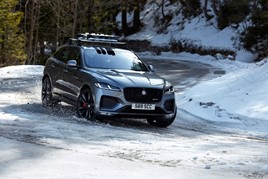 Meanwhile, new connected technology introduces a Software-Over-The-Air (SOTA) capability for the flagship SUV, meaning that owners will no longer have to visit a franchised retailer to receive software updates for the vehicle, according to Jaguar.

The P400e combines a two-litre, four-cylinder petrol engine and electric motor to deliver a total output of 404PS and five-second acceleration to 60mph, while maintaining a CO2 emissions of just 49g/km.

Six-cylinder mild hybrid (MHEV) petrol and diesel drivetrains are also being offered for the F-Pace for the first time, with 400PS and 300PS respective outputs from their Ingenium engines.

The in-line six-cylinder 300PS turbodiesel engine delivers a 38.1mpg fuel economy claim and CO2 emissions from as low as 194g/km alongside a 6.1 second sprint to 60mph.

The 400PS three-litre six-cylinder petrol engine produces 550Nm of torque with the help of an electric supercharger supported by a twin scroll turbocharger and claims a 5.1-second sprint to 60mph. Emissions CO2 emissions range from 222g/km. 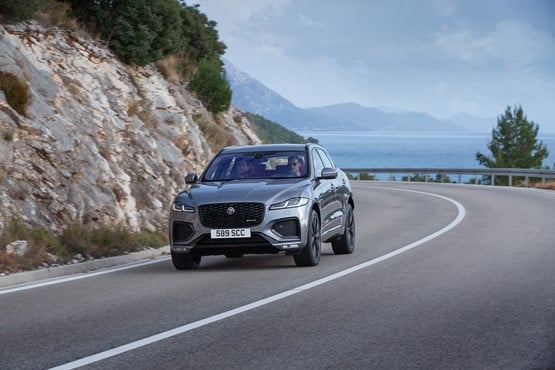 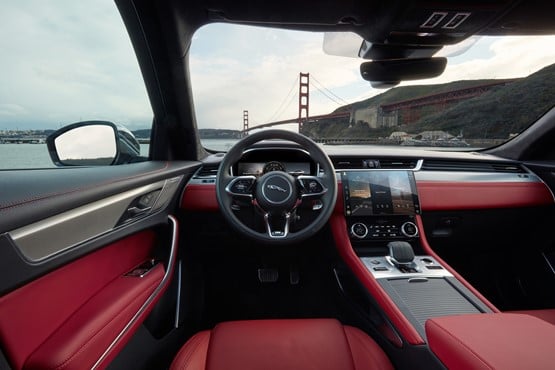 Laser-etched mid-line speaker frets and the metallic rotary dial of the JaguarDrive Control are also among the new design details.

New door casings, featuring a new 360-degree grab handle, provide easier access and increased storage for drinks bottles and other items, while the electric window switches are moved down from the top of the door roll, putting them within easier reach of occupants.

The F-Pace’s new seats, meanwhile, feature wider cushioning, new massage functions and enhanced coverage of the heated and cooling areas, according to Jaguar.

All-wheel-drive is standard across the F-Pace range. 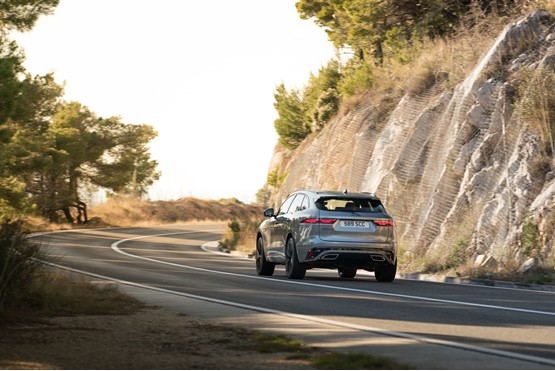 Active Road Noise Cancellation technology has now been introduced to F-Pace which aims to improve refinement in all driving situations, however.

According to JLR the system constantly monitors vibrations from the road surface and calculates the opposite phase sound wave needed to remove the noise heard by the occupants, resulting in a quieter cabin.