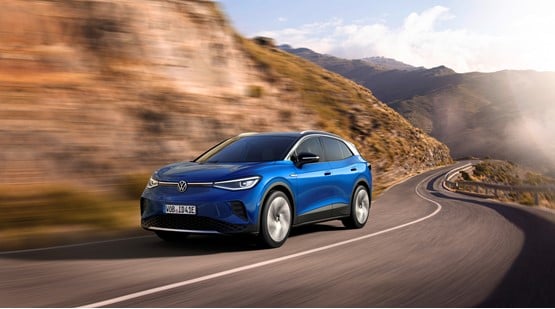 Volkswagen has revealed the new ID.4 electric SUV, which is expected to arrive in UK dealerships before the end of the year.

The Tiguan-sized electric vehicle (EV) shares a drivetrain with the new ID.3 hatchback and promises a zero-emissions range of 323 miles.

Its introduction will come as a further boost for VW retailers following a nationwide handover event over the weekend which saw the UK's first ID.3 hatchbacks delivered to customers.

The ID.4 will initially be introduced in two highly specified launch trims, with prices predicted to start at around £45,000 in the UK.

From launch, the ID.4 will be available with a 77kWh battery and a 204PS electric motor that drives the rear wheels. 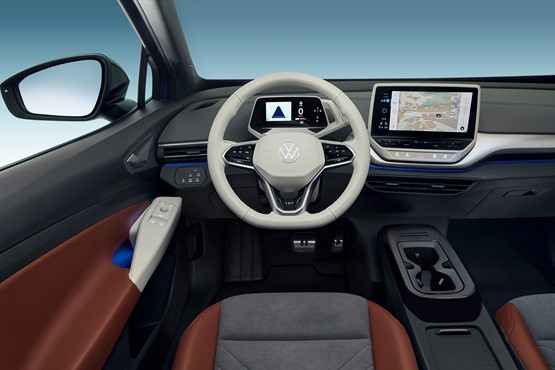 VW claims that the ID.3 is able of accelerating to 62mph in 8.5 seconds.

Versions with all-wheel-drive and a smaller battery will join the range in 2021.

The five-seat SUV promises greater practicality than its ID.3 stablemate. Luggage capacity is measured as 543 litres, with up to 1,575 litres of space available with the rear seats folded.

In keeping with regular fossil-fuelled SUVs, the ID.4 is available with roof rails and a towing bracket. 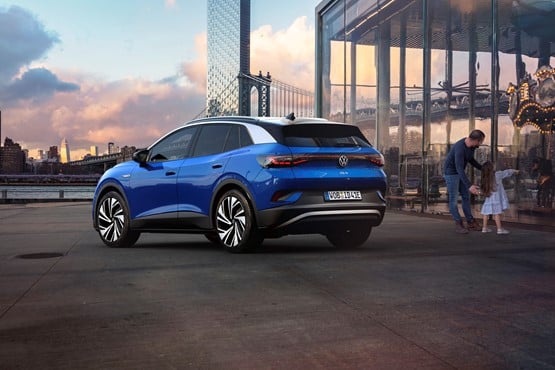 The interior is much the same as that in the ID.3, albeit more spacious. The layout it simplistic and centres around a floating touchscreen.

An augmented reality head-up display features on the options list, enabling navigation arrows to be displayed in the corresponding lane.

The ID.4 can be recharged using a DC charger to add 200 miles of range in around 30 minutes.

Full UK pricing and specifications are expected to be announced shortly.

In manufacturer profile interview with AM last month, Volkswagen UK managing director Andrew Savvas said that his retail network was "pumped" for the arrival of the new range of fully-electric ID models.

Highlighting the timescale for future ID model introductions in the interview, Savvas said: "ID.4 is planned to arrive towards the end of the year and the first month in 2021 and then we’ll welcome the arrival of two more new ID models in 2021, so we’ll have four in the ID range by the end of next year."