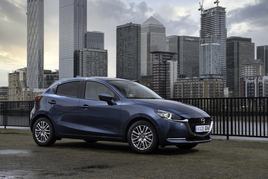 Mazda has delivered CO2 emissions cuts of up to 14g/km through updates to its Mazda2 supermini range - including the addition of mild hybrid technology.

The updated, 2022 version of the brand’s smallest model uses the brand’s 1.5-litre Skyactiv-G petrol engine, which is offered in 75PS, 90PS and 115PS variants.

Application of its M mild-hybrid system to all manual models – excluding the entry-level 75PS SE-L – have helped deliver the greatest emissions-cuts.

UK deliveries of the 2022 Mazda2 are expected to get underway in October.

Jeremy Thomson, the managing director of Mazda UK, said: “The Mazda2 may be the smallest car we produce, but it has at its heart the same values of style, driver involvement and quality that mark out all our vehicles.

“The Mazda2 is now more efficient than ever, while thanks to the generous equipment tally across all models, we have a distinctive and premium contender in what is still one of the most competitive segments in the UK car market.” 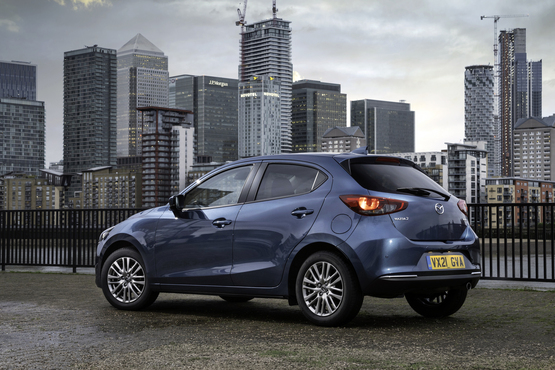 Changes to the Mazda2’s suspension and steering are said to improve driveability.

The car is also equipped with Mazda’s G-Vectoring Control Plus (GVC Plus), which uses the brakes to apply direct yaw movement control in addition to the previous system’s engine control.

Mazda Motors UK is celebrating its 20th anniversary this month, following its inception on August 1, 2001.

The company was created to bring the UK market closer to Mazda’s global HQ, and now accounts for 16% of Mazda’s European sales volume.

Today, Mazda UK has 135 employees and a network of 122 dealers, while the 20th Anniversary of the business has also seen the launch of Mazda’s first battery electric production car – the MX-30 in the UK.