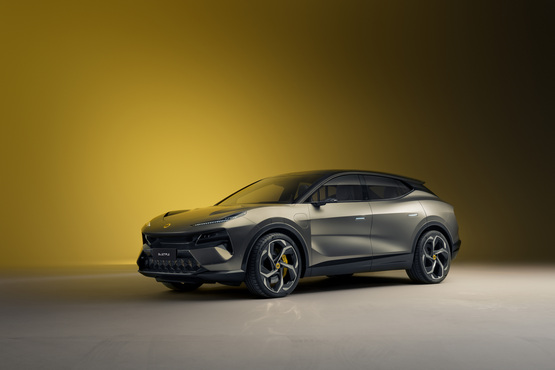 Lotus Cars has revealed its first ever 'lifestyle' electric vehicle, a crossover SUV, that will go on sale next year.

It revealed yesterday that the new car will be the Eletre - pronounced ‘El-etra’ and which means ‘Coming to Life’ in some Eastern European languages.

It’s based on a new dedicated EV platform, developed by Lotus, which uses a skateboard-style design that can be scaled up or down to suit different sizes of car. A saloon and smaller SUV model are expected to launch in the next few years, expanding the brand’s line-up of “premium lifestyle electric vehicles” further.

The Eletre is said to have a battery capacity of “more than 100kWh”, giving a range of around 350 miles. Lotus also stated that 248-miles of range can be added in 20 minutes, using a 350kW rapid charger.

Three power levels will be offered, with outputs ranging from around 600-750PS. The Eletra will use two electric motors, giving all-wheel-drive.

While the Eletra may look like a family car, Lotus says it will still provide the performance and handling characteristics associated with the brand. Air suspension and adaptive dampers will be fitted as standard.

The interior features a 15.1-inch central touchscreen and a Kef audio system, as well as seating for five. There are physical buttons and switches for key functions, but also a voice control system.

Lotus says the car will offer more than 470 litres of luggage space.

The Eletre will go on sale next year, with prices expected to start from less than £100,000

Lotus describes the car as "the world’s first pure electric Hyper-SUV" which suggests it will rival the forthcoming Ferrari Purosangue.

The Norfolk-based sports car manufacturer ceased production of its Elise, Exige and Evora cars in December 2021 ready to usher in a new generation of models, starting with the Lotus Emira coupe which will begin deliveries to buyers in autumn 2022.

It has put its 13-site UK retail network onto new agency-style contracts this year, and it aims to appoint another 10 dealers across the country.