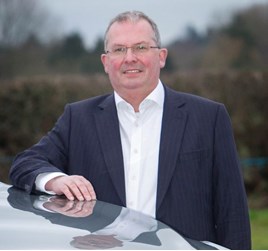 Laird will assume overall responsibility for SsangYong’s UK operations on a permanent basis, having served as acting managing director since October after joining the Luton-based business as its interim chief operating officer.

The former Ford man, who spent a decade in finance and marketing roles at the blue oval between 1988 and 1998, said that he looked forward to implementing SsangYong’s UK plans. He said: “We have ambitious plans for the future, so this is a genuinely exciting time for the brand in the UK.

“With an array of versatile and quality products on the way, I'm confident that SsangYong will grow substantially in the coming years.”

A statement issued by SsangYong said that Laird was a graduate of Oxford University and INSEAD with a track record of “delivering success across various sectors with particular focus on technology and automotive companies”.

At the time SsangYong franchisees were informed that Jim Tyrrell, who headed the UK's Mitsubishi importer last decade, has joined as non-executive chairman in a letter announcing Williams resignation “with immediate effect”.

The letter from Kevin Jones, chief executive of Bassadone Automotive Group, which owns the UK's SsangYong importership, told franchisees it remains committed to the success of the Korean brand in the UK and steps have begun to find a new brand CEO. 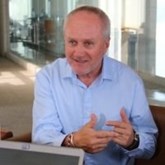