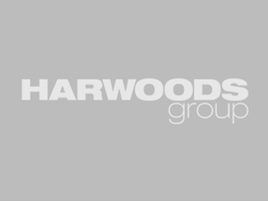 Harwood told AM that he was optimistic for the future of the auto retail industry, adding that he saw his main goal in his new post as driving towards the continued recruitment and development of “the best teams of people who are passionate and innovative in driving the business forward”.

Paying tribute to Woodage and his 26 years at the helm, Harwood said that he and his family were enormously grateful for the dedication he had shown and his commitment to the success of the business over that period.

“He joined in 1992 and was a crucial part of restructuring Harwoods as was, and since then has been integral in building the company up along with Guy Harwood and Paul Suter from £15m turnover to today’s number of £600m,” he said.

“Mostly this was through acquiring long-standing family businesses or failing businesses and evolving them or turning them around.

“Glyn’s overwhelming people centric approach to leading the business is a legacy I am keen to honour and continue.”

The group will move to a new headquarters, being developed as part of a new Jaguar Land Rover Arch Concept dealership facility at Pulborough, in 2020.

In February last year Harwoods Group moved into the top ten of The Sunday Times Top Track 250 round-up of the UK’s most successful mid-sized private companies by sales, moving up five places to sixth overall in 2017.

The Times credited Harwoods’ acquisition of Croydon Jaguar and Lewes Land Rover with the group’s recent success in the survey compiled by Fast Track.

Harwood, who is the grandson of Wally Harwood who founded the car sales business in 1931, and son of current group chairman Guy Harwood, told AM that he has grown-up in the business and is now “enormously excited” about his new role.

He said: “The Harwoods vision statement ‘Creating memorable experiences’ reflects my personal motivation as well as the motivations of others I've observed growing up in the business.

“I believe Harwoods does this naturally but I'm keen to ensure this is a daily focus for all our team members – for me, this is how Harwoods can stand out in the market.

“I am optimistic for the future of the auto retail industry and my main goal as CEO is to continue to attract and develop the best teams of people who are passionate and innovative in driving the business forward and I can honestly say the team’s in the best shape it ever has been.”