Jordi Vila to lead marketing and sales for Nissan in Europe 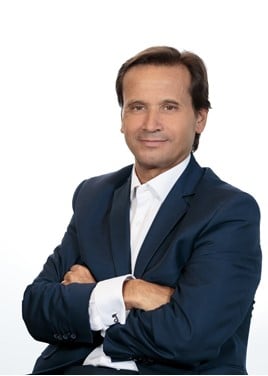 Jordi Vila, a key figure in Nissan’s electrification of the European car market, has been appointed Nissan’s divisional vice president for marketing and sales in Europe.

Described by the Japanese brand as being instrumental in the success of the Nissan LEAF and e-NV200 and in Nissan’s crossover leadership in Europe, Vila returns to the region after leading the sales and marketing division in Nissan’s Asia and Oceania (A&O) region.

He replaces Roel de Vries, who has decided to leave the company for personal reasons.

Jordi Villa will assume his new role from August 1, based at Nissan Europe’s operational headquarters in Montigny-le-Bretonneux, France, as the company rolls out its next generation of crossovers and electrified vehicles, including the all-new Nissan Ariya.

Jordi Vila, Nissan’s divisional vice president for marketing and sales in Europe, said: “I am really excited to be returning to the European region at a pivotal time for the business.

“The new Nissan Juke is proving to be another crossover star for Nissan in Europe, and with a new Qashqai and the Nissan Ariya on the way, there is much for our teams and customers to look forward to in the coming years.”

Vila joined Nissan over 30 years ago as an export/area manager in Spain, going on to work in several marketing and sales roles in the Netherlands, France and Italy and serving as managing director for Nissan in the Netherlands and the Nordic markets.

In 2017, he was appointed vice president of sales for Nissan Europe and from June to December 2019, led the European sales and marketing division.

Gianluca de Ficchy, chairman at Nissan Europe, said: “We are delighted to welcome Jordi back to the European business. His knowledge and expertise will be a great asset to the company as he leads our teams into a new era of electrification.

“We also thank Roel for his valuable contributions to Nissan since 1994 and wish him every success in his future challenges.”