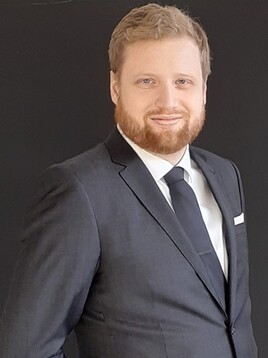 He has been with the business since 2012, joining as an assistant management accountant. He was promoted to financial controller in April 2017, coinciding with him qualifying as a Chartered Accountant.

Graham Drake, Rygor owner director, said: “We have all had a challenging time during the last 12 months and Tim has made a real difference to the business, taking on additional responsibilities. I am so pleased that he is now able to begin this next challenge, and I look forward to continuing to support Tim in his role as he takes on more of the finance director responsibilities over the coming weeks and months.”

Smith’s promotion follows that of Sean Joyce to service director, from his previous role as service manager at the company’s Heathrow Van Centre, in January.

Smith, said: “You will hear a lot at Rygor, that our team has a real passion for this business, a real drive to see it succeed and to deliver the highest levels of service to our customers. For me, it is no different. I am proud of how far I have come within the company and am incredibly excited for this next chapter, as I truly believe that Rygor is a fantastic business to work for and with.”

Tim Smith’s promotion follows an award-winning end to 2020 for the Mercedes-Benz Dealer Group, having won Van Dealer of the Year at the WhatVan? Awards, as well as two of Rygor’s team members being awarded prestigious accolades from Mercedes-Benz Vans UK at its virtual Van Stars Awards in December 2020.

Finance providers see ‘plenty of opportunity’ for growth in 2021

Finance providers see ‘plenty of opportunity’ for growth in 2021