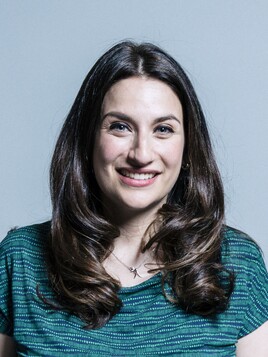 The appointment follows the completion of Cazoo’s business combination with AJAX I.

Berger is currently managing director of advocacy and public affairs at Edelman UK, specialising in health, sustainability and energy policy.

She served as the member of parliament for Liverpool Wavertree for almost a decade and was the shadow minister for Energy and Climate Change, shadow minister for Public Health, shadow cabinet member for Mental Health between 2010 and 2016, and the Liberal Democrat shadow spokesperson for Health, Social Care and Wellbeing in 2019.

Alex Chesterman OBE, the founder and chief executive of Cazoo, said: “I am delighted that Luciana will be joining the Cazoo Board as the Chair of our ESG Committee once we become listed on the NYSE.

"Luciana’s extensive experience across corporate social responsibility, environmental policy and mental health issues will be invaluable as we continue to grow our team and business in a sustainable way over the coming years.”

Alongside her role at Cazoo, Berger is also chair of the Maternal Mental Health Alliance, an advisory board member of the Money and Mental Health Policy Institute and Vice-President of the British Association of Counsellors and Psychotherapists.

During her parliamentary career, Berger is credited for helping to secure a number of law changes and was named ‘The People’s Choice Backbencher of the Year’ in 2018.

Cazoo recently announced it will list on the NYSE through a $7 billion (£5.04bn) business combination with AJAX I, a publicly traded special purpose acquisition company founded by US investor Dan Och. The transaction is expected to complete in Q3, this year when Berger will take up her role on the Cazoo Board.

Since being founded in 2018, Cazoo has sold more than 20,000 cars to consumers across the UK. The company owns and reconditions all its cars before offering them for sale on its website for either delivery or collection in as little as 72 hours.

Berger said: “I am delighted to be joining Cazoo as a non-executive director at such an important moment in the life of the company. Cazoo is already one of the UK’s great success stories, making life easier for thousands of customers in ways which are ethical, transparent and environmentally sustainable. I know Cazoo takes its corporate responsibility very seriously.  That’s one important reason why I am excited to be joining Alex and the team.” 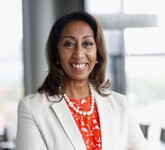