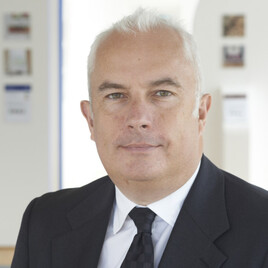 That move is aimed to enable the business to accelerate its growth strategy, targeting new locations across the country.

Vaughan brings a wealth of expertise in the automotive retail sector and was part of the team that expanded Sytner from a single BMW dealership in Nottingham into a luxury car group, forming the foundations of today's £5bn revenue AM100 leader.

His tenure with the AM100's number one group by turnover also included its IPO on the London Stock Exchange in 1997 and its sale to US-based Penske Automotive Group in 2002.

Big Motoring World recently added Cliff Dellar as its director of buying services and the business said today (May 20) that more new appointments would follow.

Waddell said: “We are delighted to welcome Laurence to the Big Motoring World team. His appointment will support our continued ambitious growth strategy, providing strategic contribution, determination and professionalism.

"Laurence’s extensive experience in the automotive sector will be invaluable as we continue to benefit from the sector trends in the coming years.

“We have a wide range of exciting new projects in the pipeline at Big Motoring World and our recent appointments, which include both Laurence and Cliff, will help shape our business as we grow and evolve further.”