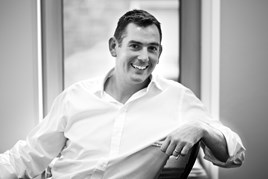 Car dealers have shared insight into the challenges they face in 2018 as part of an interview series conducted by Oodle Finance – with Brexit and online sales emerging as their most pressing concerns.

The online finance specialist has conducted seven interviews in a bid to gain insight into retailers’ attitudes across the franchised and independent sectors as part of its ‘Under The Bonnet’ initiative.

It uncovered evidence that specialist car dealers were suffering as a result of the current economic climate while other anticipate a shift in the make-up of dealership operations, with staff numbers cut and showrooms shrunk to make way for more online retailing.

Most of the dealers interviewed said that Brexit said that the vote to leave the EU and resulting impacting on currency and market confidence had not impacted business in a negative way, with Essex Car Company director Steve McLaughlin stating that his business has been “busier than ever”.

However, Oodle’s interviews suggested that more specialist dealers like Porsche specialists Maundrell and Co., have felt the pinch. When asked if Brexit had impacted forecourt footfall, co-founder Steve Rogers said: “Definitely, yes. Without any doubt. A lot of our customers are - as I am - self-employed; running their own business. I think over the last 18 months of uncertainty people have been putting off purchases that are ‘just for fun’.”

Online or in the showroom?

Just as revealing was a divide in opinion between the franchised retailers and independents interviewed as part of the Under The Bonnet series.

When asked for their thoughts about the gradual move online, the view was largely positive. James McCarthy, owner of McCarthy Cars, said: “For me, it’s less about challenges and instead about the opportunities the digital revolution is going to create. Innovations that allow us to adapt and trade within a new marketplace is only a positive thing.”

However, Mark Zavagno, head of digital operations at Stoneacre Motor Group, was of the mindset that online would never fully take over. He said: “I think one of the hopes for dealers like ourselves is that the majority of customers still want to feel a vehicle, touch a vehicle, experience the vehicle before they purchase it. Currently, only 8% of customers are happy to buy a car having never touched it.”

Many car dealers are preparing for the changes that digitisation could bring to the sector.

V12 Sports & Classics’ owner Raj Javanda said: “More and more dealers will look to have smaller offices and staff because more things will be done online. There will be less of a need to have a stunning showroom for people to come and browse.

“The internet allows customers to ask questions through a portal which is significant. CitNow is a company making strides in showing it’s not just about the sale of the car – they’re encouraging dealers to do video messaging for any part of the service.”

Video could effectively bridge the gap that some dealers have concerns about in terms of digital dealings, Oodle said.

Graham Westwood, business manager at Trade Price Cars, said: “Transparency is the key word in the motor industry at the moment – if you can be a transparent dealer then you get a lot of repeat customers.

“Consumers want to be informed as to what the dealer is like before they come in. So now we’re sending customers personalised videos and it’s a much more live, real-time experience.

“Everything is becoming more and more online. There will come a point where you won’t even need salesmen, people will just buy cars on websites and it will be our job to get the cars prepped and hand them over.”

The challenge of used EVs

As well as the move towards digital retailing, it seems that independent retailers are struggling with EV sales, something that could be a source of encouragement for franchised retailers.

The National Franchised Retailers Association’s (NFDA) recent Customer Satisfaction Survey highlighted a preference for the owners of electric vehicles to visit a franchised retailer for servicing and it seems that the same might be true of sales in the early stages of EV adoption.

Darren Caddell, from Grovehurst Cars, told the Under The Bonnet interviews: “Most often they’ve been sat on our forecourt and we end up selling them back for what we bought them for.

“Customers are concerned about the batteries – imagine having to drive to Scotland, it would take weeks. The technology might be out there, but we aren’t dealing Teslas just yet.”

Oodle supports car dealers by providing finance deals for their customers, to make the vehicle purchase as smooth as possible. Using Pay Per Click (PPC), Oodle Finance has generated more than 250,000 click-throughs to dealer partners’ websites.

Oodle Car Finance's chief executive, Jonny Clayton, believes that the Under the Bonnet interviews have served to reinforce his business' understanding of the market and the pressures that car dealers are currently facing. He said: “We understand the current market that dealers have found themselves in and want to fully support them in these changing times.

“The move to online is undeniable and the car industry seems to, for the most part, be taking the digital revolution in its stride; embracing it rather than shying away.

“Online is absolutely an opportunity for dealers around the UK, not something to be wary of.

“What it all boils down to is a need for total transparency, convenience and making the customer’s journey as easy and seamless as possible.” 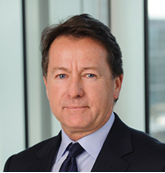