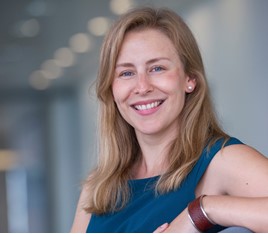 Brexit, a global slowdown and confusion over the future of diesel vehicles have combined to create a crisis of consumer confidence which may have driven 2.4 million motorists away from a new car purchase.

According to the findings of Close Brothers Motor Finance’s latest Britain Under the Bonnet consumer survey car buyers are turning to cheaper used vehicles in their droves, with 48% claiming that Brexit has had a negative influence on their decision to buy a car.

The number of car retailers who now see Brexit as a threat to their business has doubled in the last six months, meanwhile, and now stands at 50%.

Rebecca McNeil, chief executive officer at Close Brothers Motor Finance, said: “The motor industry is a cornerstone of the British economy, and in these unprecedented economic times it is no surprise to see the industry experiencing a number of challenges.

“All eyes are on Westminster as we wait in hope of a satisfactory resolution to the ongoing uncertainty.

“However, out of this period of change, rather than just treading water, a huge proportion of dealers are spotting opportunities and capitalising on them.

“We’re seeing a number of dealers responding to the increased demand for used vehicles, while others are embracing the trends towards alternative fuel vehicles.

“Overall, the vast majority of dealers feel confident, and can see the possibilities that exist beyond Brexit.”

Despite the challenges and the fact that 50% of retailers now see Brexit as a threat, the survey, which also canvasses the opinions of 200 retailers, found that the vast majority (93%) remained confident about business prospects.

Two thirds of dealers (68%) could point to specific opportunities for their business in the months ahead.

For nearly a quarter (24%), however, maintaining the stability of the business was the reason to be confident about the immediate future.

One-in-five (19%) said they had experienced an increased demand for particular models (up from 6% the previous quarter).

Just 4% of dealers said they had concerns about an economic downturn (down from 14% six months previously), suggesting a positive outlook for the future beyond Brexit.

McNeil said: “In uncertain times and with a high pace of change in technology, consumers are looking now more than ever to speak to experienced professionals on the forecourt.

“For our dealers, staying on top of the latest trends and developments will be key to attracting and retaining customers.”