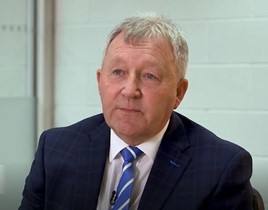 The Northern Ireland-based AM100 car retailer’s efficiency gains were revealed by Arena as it approached the landmark of having the millionth dealfile or work in progress (WiP) packs managed in mstore since the platform first went live in a Lookers dealership in 2008.

Arena, which host a 10am speaker session in the seminary theatre at AM Live Virtual – and occupy a position at hall 2, stand 2, throughout the event – has calculated that 11 million documents have been digitised using mstore, with each dealfile or WiP pack containing multiple sheets.

Leslie Savage, director at Donnelly Group is one car retail client among 634 UK-wide locations which have seen the benefits. He said: “Compared to two years ago, we’re now operating at 50% of admin staff levels with mstore.”

“By working closely with retailers and manufacturers, mstore’s UK-based software team have been able to adjust the product roadmap to launch new developments led by emerging requirements, from same day car sales by cutting out needless transportation of paperwork between sites, to digital signatures to improve customer experience, and an agile electronic job card system that adapts to workshop demands and increases throughput.”

Across mstore-using dealerships surveyed at the end of 2020, Arena Group said that an average of 5.9 days were saved retrieving deal files in the month of August in sales admin alone.

Another 6.2 days on average per dealership was saved physically looking through a file to find a document, it said, while an additional 1.7 days were saved accessing archived documents, assuming the archive was accessible within five minutes.