Drivers are struggling to understand tech features on their cars 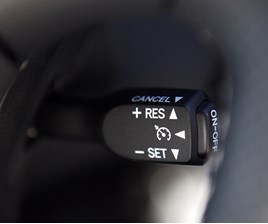 Nearly three quarters of drivers do not understand how to use the high tech entertainment and safety features in their vehicle.

According to research of 1,000 British car owners surveyed by Bookmygarage.com, this lack of understanding comes despite 54% saying they bought the car because of the features it offered.

The survey quizzed car owners on the usage of specific features that are available to them in their vehicle, such as tyre pressure monitoring systems, cruise control, skid control systems and parking sensors.

The research showed 19% claim to use only one or two of the settings available to them regularly, while 45% regularly use between just three and four settings.

The research exposed a number of features that are commonly being left unused, due to lack of understanding. Cruise control was the most likely to cause confusion, followed by eco settings and gadgets such as Bluetooth.

Parking sensors and cameras were the fourth most likely to leave car owners bemused, followed by heating and cooling systems.

Almost half (48%) of those who admit to not using all of the features, cite not understanding how to use them as the reason for not doing so.

Karen Rotberg, director at BookMyGarage.com, said: “With advanced vehicle technology on the rise, it’s important that people are aware of the features their car offers as they can make the difference both financially and in terms of safety.

“What is particularly interesting from the findings, is that so many car owners claim they specifically chose the car they did because of its features, yet lots haven’t got to grips with them or don’t use them – which is a shame considering a car is one of the biggest investments an adult will make.

“Although the features available in the latest vehicles are there to suit the needs of the modern day driver, they must be fully understood in order for the car to reach its full potential – and those who take the time required to acquaint themselves with these options will find they reap numerous benefits, whether it’s lower fuel bills, a more comfortable journey or a safer car.”