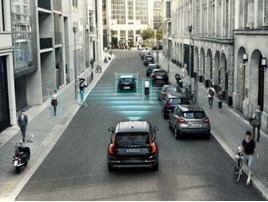 Thatcham Research has applauded the European Parliament's decision to back legislative changes that will stipulate the standard fitment of autonomous safety technologies in new cars and vans.

The Parliament's Transport Committee delivered a non-binding resolution for new cars to be fitted as standard with a range of life-saving technologies including automated emergency braking, intelligent speed assistance and intelligent seatbelt reminders in all seats and the body behind Euro NCAP's safety tests welcomed the motion.

It came after the European Commission’s report, Saving Lives: Boosting Car Safety in the EU, revealed that over 25,000 people lost their lives on EU roads last year.

The resolution was approved by the full Parliament on November 14.

The European Commission is expected to publish its final legal proposals for revised vehicle safety standards by March next year.

Those plans would then need to be approved by EU member states and the Parliament, but should pave the way for the first update to the mandatory safety standards since 2009.

"The imperative now is for the European Commission to publish its proposals and to enshrine it in a binding agreement supported by the UK Government.

“Autonomous Emergency Braking can lead to a 38% reduction in real-world, rear-end accidents, but with just 30% of new vehicles currently on sale in the UK having AEB as standard, it seems that only through legislation will we be able to ensure that lifesaving technologies such as AEB or speed adaptation systems will become standard.”

"But they will take several years to take effect and even longer before the majority of cars on our roads all have these features. After several years of foot dragging, it is now absolutely critical that the European Commission publishes its proposals without any further delay.

“Making these proposed technologies mandatory could be as important as the introduction of the seat belt in safety terms, so we want to thank MEPs for taking such a positive stance on this issue.”