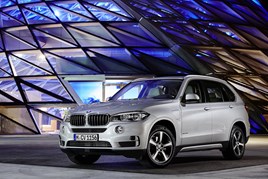 The 4x4 segment showed the strongest performance with used sales of large and small 4x4s growing by 9.1% year on year in Q3.

Karolina Edwards-Smajda, Auto Trader retailer and consumer products director, said: “The current increasing levels of used car transactions are a bi-product of the strong new car registrations that have been experienced over the last few years, with these vehicles now re-entering the used car market.

“Transactions for nearly new cars less than one year old and cars between one and three years old are fuelling the growth, showing an increase of 8% and 15% year-on-year respectively.”