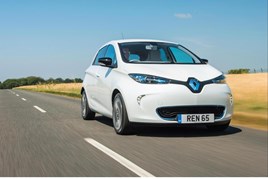 The French alternative fuel vehicle (AFV) claimed the top two places in the full year rankings after finishing top of the monthly fastest selling cars rankings for a second consecutive month for the period ending December 5.

Over the course of the full year, the 2015 Zoe took the honours, with an average days to sell time of 26 days, with the same model claiming December’s fastest seller top spot with a 21-day average selling time. 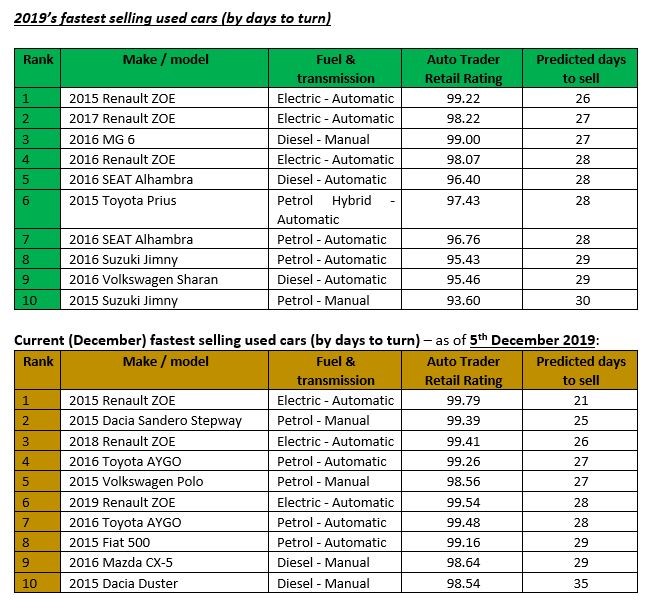 Auto Trader said in a statement that the French compact EV’s rise to the top marked “the end of the reign of SUVs”, which have traditionally dominated the annual list.

“Over the last few years we’ve seen some important milestones for used EVs. In January 2017 a BMW i3 marked the first time one had made it onto the national top 10 and in July last year, a Zoe was the first to actually top the list.

“With three taking the number one spot in 2019 and a Zoe crowned the year’s overall fastest selling is hugely significant and a clear sign of things to come as we move towards more sustainable forms of transportation.”

Despite the Zoe’s success as a used car sale Auto Trader’s data has suggested that it may not be the most desirable EV in the fast-evolving new car marketplace.

Edwards-Smajda continued: “This month’s data indicates that, despite widely documented strong new sales, there is a slowing in demand for used SUVs with all but one SUV pushed off the list, replaced by economical petrol hatches. Whether this is a result of consumers opting to make a saving with a cheaper vehicle before Christmas or is the start of a slow-down in SUV demand remains to be seen.”

Yesterday mainstream media outlets highlighted a report published by the UK Energy Research Council, which showed that emissions from new cars have been increasing rather than declining as a result of SUVs outselling electric cars by 37 to one in the UK.

A total of 484,400 SUVs were registered in Europe across the month, as demand increased by 22% on the same period last year and the segment posted a record market share of 40%.