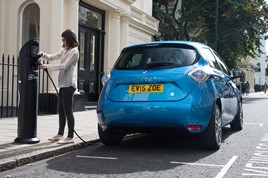 Auto Trader’s fastest selling used car of 2019 – the Renault ZOE electric vehicle (EV) – has retained its status as the platform’s most desirable vehicle in the first month of 2020.

While the zero-emissions French hatchback was the only alternative fuel vehicle (AFV) in the online marketing platform’s ranking of the top ten fastest selling used cars during January, it emerged victorious with an average selling time of just 25 days.

Auto Trader said that the results feeds into the opinion that 2020 is set to be the year of the electric car – with around 30 new EV models expected to be launched this year – but the rankings also communicated the continued strength from the internal combustion engines (ICE) product still prevalent in the market.

This graphic shows the vehicles that made up the remainder of Auto Trader’s fastest-selling cars ranking for the period to January 23: 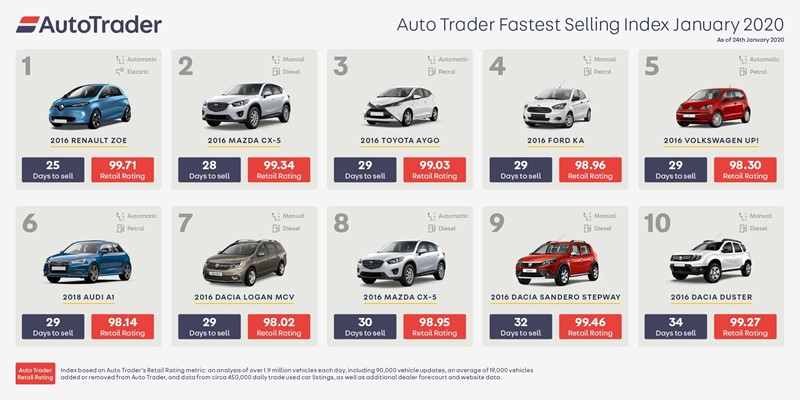 “Whilst we’re a long way from mass adoption, every metric on our marketplace indicates an ever-growing appetite for electric.

“Not only has the ZOE continued its reign into the new year, but over the last 12 months we’ve seen a significant 78% increase in searches for EVs on Auto Trader.

“With more and more new generation models set to reach showrooms this year, coupled with fast improving infrastructure, its looking increasingly likely that 2020 will indeed be the year of electric.”

Yesterday (January 27) AM reported on Auto Trader’s assertion that a 167% increase in the number of used EVs entering the UK market in December failed to meet consumer demand.

The online automotive marketing specialist said that online search behaviour surrounding zero emission vehicles had risen by 78% in the last month of 2019, but the ramp-up in the supply of product had only succeeded in raising the proportion of EVs advertised on its platform to 0.5% (AFVs: 3.4%).

Consumer attitude to electrified vehicles clearly varies across the UK, however.

Auto Trader’s fastest-selling cars data for January revealed a variety of popular cars across the various regions of the UK, with the 2016 Land Rover Discovery 4 proving to be Northern Ireland’s most popular vehicle as the Dacia Duster sold fastest in Scotland and the South East and West of England.

Here’s the full fastest selling used cars overview from across the UK: 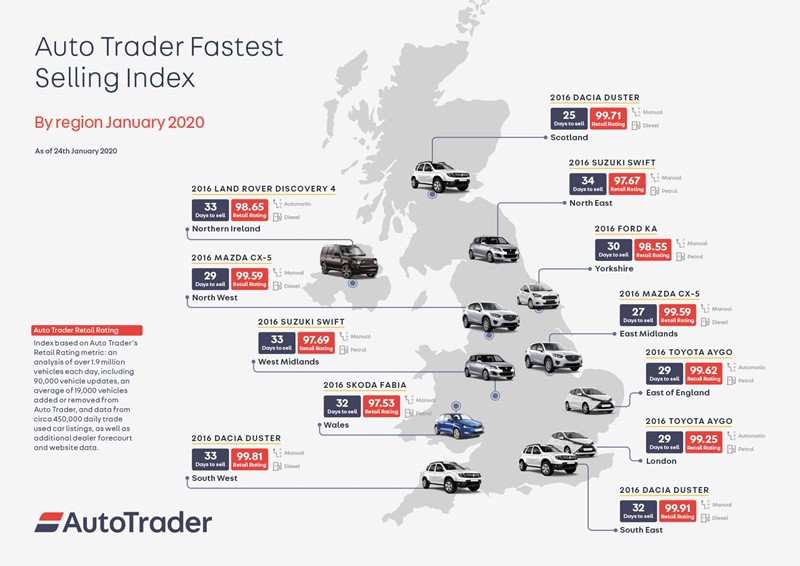 Edwards-Smajda suggested that supply still played a huge part on the data that it sees from its monthly retail data.

She said: “The scale of our data not only provides us with an accurate view of the car market, but also consumer buying behaviours.

“We can see a clear demand for 2016 vehicle variants, which are reaching the used market after three-year finance cycles.