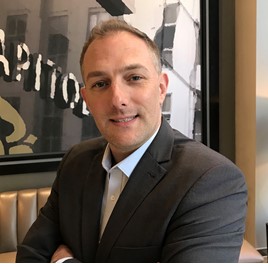 Used car dealers’ efforts to “buy up as much stock as physically possible” saw January buck an eight-year trend of declining January values with a 0.6% increase, Cap HPI data has indicated.

On average, the first month of the new year has brought about a 0.4% decline for the last eight years, but trade buyers’ efforts to replenish their forecourts and an increase in consumer demand have broken in 2020 broke the pattern, it said.

According to Cap HPI, the average 0.6% rise in value for vehicles at the three years and 60,000-mile point was mirrored by strength in the small car sectors during the month, with average upward moves for both City Car of 2.6% or £120, and Supermini 1.8% or £111.

Jeremy Yea, senior valuations editor at Cap HPI, said: “January has, in most recent years, been the month where it can generally take a while for wholesale trading conditions to gain momentum and get going, but the strong start to the year has broken this previous eight-year trend, and it is fair to say it has started with a bang.

"Trade buyers have been out in force to buy up as much stock as physically possible. It is due to some operators going into the festive period with slightly less stock than in previous years, planned or unplanned, and the strong upturn in retail demand.”

Cap HPI’s data showed that the lower medium sector has also seen an overall increase during the month of 0.8% or £62.

The popular sector continues to be in demand at the right age and mileage points, with some younger low mileage and late plated vehicles have come under pressure.

The SUV sector has seen an overall increase of 0.4% in January, but the success of vehicles has varied depending on size, mileage and age.

However, it noted that newer high-value electric vehicles (EV), including the Jaguar I-Pace (18-), Audi E-Tron (18-), Nissan Leaf (17-) and VW Golf (14-) Electric have all continued to see a reduction in values.

Yea said: “The February wholesale market is usually one of strength and with this latest surge in demand and retail activity throughout January, we are likely to see another month of a strong used car market.

“With wholesale volumes naturally declining throughout the month, supply and demand dynamics could come even more into play and could add some additional heat to an already heated and buoyant marketplace.”