Used car prices showed their largest monthly price rise for two years on Auto Trader during July, with values rising 4.6% amid signs that consumer demand is continuing to grow.

The online classified advertising specialist said that it saw online demand rise 25% year-on-year and indicated that car retailers are sticking to their guns more than ever on price as a result – with price adjustments down 29% year-on-year last month.

Auto Trader’s Retail Price Index, which is based on pricing analysis of circa 900,000 vehicles every month, saw the average price of a used car rise to £13,888 last month to deliver a fourth consecutive month of price growth. 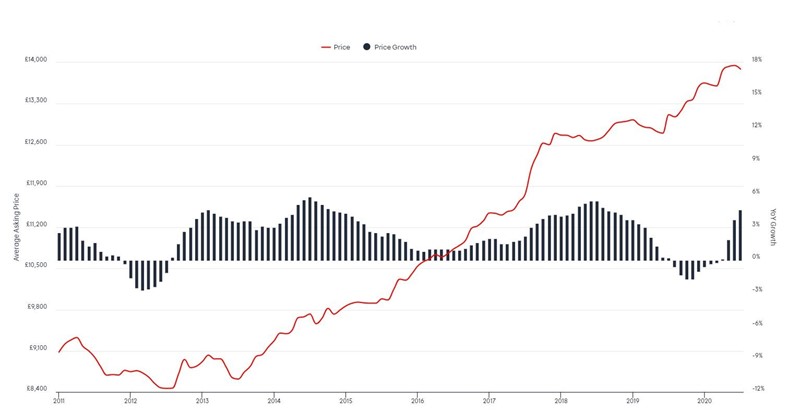 The average amount being changed on a daily basis was £263, which was an 11% increase on June, but a 22% decline on the same time last year.

Sue Robinson, director of the National Franchised Dealers Association (NFDA), said: “It is encouraging to see sustained growth in used car prices as it demonstrates that, despite the challenging economic circumstances, the public are placing their trust in cars as a means of safe and secure transport.”

Auto Trader’s director of data and insight, Richard Walker (pictured above), said: “Over the last few months, used car prices have benefited from high demand in the market whilst the supply side has emerged more slowly from lockdown.

“Even when auctions reopened, the supply of new stock in the market has been slow to return to pre-COVID-19 levels, whilst demand has remained at record levels.” 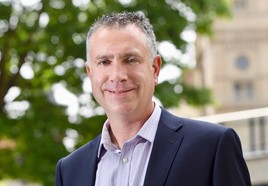 But he warned that Q4 could bring a similar “market correction” to that seen in May last year as supply ramps up and the end of the Government’s coronavirus job retention scheme (CJRS) brings rising redundancies and faltering consumer confidence.

For now the used car market’s strength is reflected in rising values and Cap HPI reported last week that used car values had risen by 0.4% during July as automotive retail's lockdown recovery delivered the month’s first price rise since 2009.

Walker said: “Looking ahead, at a time of economic uncertainty and with so many variables at play, we will continue to be data driven rather than publish opinion-based statements about the future.

“Whilst consumer demand shows no signs of slowing into August, we have seen that supply constraints are working their way through, so we expect the growth rate we’ve seen in recent month to stabilise somewhat, rather than continue to accelerate each month.”

Auto Trader said that two months after showrooms in England were allowed to reopen – delivering ‘pent-up’ demand to retailers – the Auto Trader marketplace continued to record an average of over two million visits each day. In July, there were a record 64.4 million cross platform visits.

It said that petrol vehicles attracted an average 5.6% (£12,604) price rise last month, marking the highest rate of growth since October 2018.

Robinson said: “It is interesting to see the greatest increase in value of diesel cars since September 2014.”

Prices for electric vehicles (EV) have fallen, however.

Auto Trader’s Market Insight analytics, available to all retailers, showed that the demand for pure EVs has increased 75.2% year-on-year, while supply has overtaken it, up 87.7%.

Price increases were recorded in every price band of used car.