Guest opinion: sustainable aftersales business should be based on unique plan for each customer 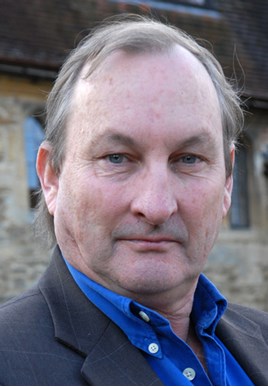 A recent Market Insight item headlined what appears to be yet another huge area of missed opportunity for dealers.

It goes on to say that franchised dealers sold only 56% of urgent red work, letting too much slip away to independents and similar.

However it is deeply flawed on a number of levels. The vehicle health check system on which the commentary is based is one of a number and they all share the same issues.

The definition of red work is arbitrary and in some cases has only a tenuous connection with the concept of ‘urgent’ or ‘dangerous’.

Take for example tyre tread depths. The ‘default to red’ depth can be set by the dealer, and is in some cases set by the car manufacturer sponsoring the system, but as a start point, red is triggered at 3mm.

Most people would consider that they had a good few weeks of safe motoring left and would opt to return later. It would depend on their driving pattern, habits and attitude to risk. 3mm is not unsafe, although it is less safe than 6mm!

The same applies to brake-pad wear. Red is often triggered at 80% worn. While this might seem enough wear to justify changing the pads, there is in fact still plenty of abrasive material remaining.

And quite enough to provide an effective braking experience for some many miles to come.

So a very substantial percentage of the extrapolated £450m of potential revenue does not relate to “severely worn or illegal tyres and faulty brakes”.

It relates to items which are worth discussing with a customer, in the light of their personal preferences, attitude to risk and driving habits and patterns.

This latter comment introduces the area that is arguably of far greater significance.

The question of the purpose of a vehicle health check.

So what is it for?

There are a number of possibilities of which the following represent the two extremes:

As a customer, I would hope that my dealer of choice is in the latter camp. I fear, however, that the purveyors of these systems are far closer to the former.

This and a number of other ‘one-size-fits-all’ gizmos seems not to be focused on customer value, but on rectifying some supposed deficiency of process or selling skill.

While there is no doubt that it can be of use to those who do not as yet have a reasonable process, it is a pernicious influence on those who do have one.

The real sustainable way to deliver customer value is to develop a plan for every customer, starting at the first point of contact.

Then using that sound base to plan with the customer the means by which you will maintain his or her car, replacing anything that needs it, when it needs to be done, with minimum disruption at least cost.

Agreeing on limits based on good information – for example who to warn at 4mm, who at 3mm and who at 2mm – would be part of that plan.

Some people will change everything in one visit, ahead of need – for them belt and braces safety and convenience outweighs cost.

For the more frugal and less risk averse, the last minute will do. Which approach is “better” is not for us to judge.

However, it is for us to provide informed choice.

Achieving a plan for every customer, tailored to their needs and wishes, may sound like hard work, but it is entirely possible to implement.

And the reward is mighty.

If I thought my preferred dealer treated me with that level of care and individuality, I would never buy anything from anyone else.

And I would recommend that friends, family and any random stranger who stopped long enough to listen followed suit.