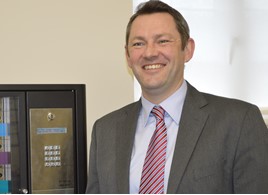 Hardly a month goes by without a car manufacturer laying out their technology and product deployment plans for semi or fully-autonomous vehicles.

To determine where it’s all going, it’s worth first taking a good look at the six-level scale of autonomy because most manufacturers are moving through these levels at an increasingly rapid pace.

So much so that within three years, national legislation, regional/state regulatory clearance and road infrastructure changes may be the only factors holding back widespread deployment of Level 3, sometimes called ‘eyes off’, autonomous vehicle deployment on our roads.

Up until recently, 2021 was tipped to be the year that pre-defined sections on some of our largest motorways could be set aside for autonomous driving. But 18th March 2018 saw the first pedestrian death caused by an autonomous vehicle – an Uber driverless Volvo XC90 hit and killed a woman crossing the road in Tempe, Arizona.

If despite this tragedy we move ahead as previously planned, we can predict a great deal more ‘smart motorway’-style roadworks to make it possible.

A fair range of Level 3 autonomous vehicles to suit most pockets will be on the market by then also.

These vehicles will offer their driver the facility to safely turn their attention away from standard driving tasks to read a book, catch up on email or even watch a film.

Level 3 vehicles will be able to handle situations that call for an immediate response including emergency braking. However, the driver must still be prepared to intervene within a short-time frame (to be specified by the manufacturer) when called upon by the vehicle to do so.

The hand-over to the software and hand-back to the driver are key points where responsibility needs to be clarified in law still. What happens if, when the hand-over point comes, the driver is asleep? Whatever happens, the ‘black box’ recorder, fitted in all Level 3+ vehicles, will help prove who had control at the point of any incident.

The 2018 Audi A8 Luxury Sedan claims to be the first commercially-available car to be able to go to Level 3 autonomy.

Nissan says it will be able to deploy several autonomous models on motorways by the end of this year. Tesla claims to be ready to Level 3 automate its Model S cars whenever legislation allows.

However, Level 3 capabilities must be switched off right now as we do not have the legal framework or road infrastructure to allow them to operate in the UK.

Legislation to promote smooth use of driverless cars is going through Parliament right now in the form of the Automated and Electric Vehicles Bill 2017-19.

This legislation proposes that, provided the autonomous vehicle is properly insured; the owner has kept software patches up-to-date and physically well-maintained (with MOT proof etc); and has not modified the software in any way, then a motor insurer should cover the losses.  If, however the insurer can prove that the manufacturer’s software was malfunctioning to cause the incident, then the legislation offers scope for some horse-trading on who pays the losses between the OEM and the insurer.

The reality is that right now manufacturers are focusing on different parts of the autonomous puzzle because there are so many technology challenges at play simultaneously. Audi is perfecting its Traffic Jam Pilot software to take full control of all aspects of driving in slow moving traffic; while Nissan fine-tunes its Forward Emergency Braking technology for example.

If the timeline for quantities of Level 3 autonomous vehicles to hit our roads is just three years away; it’s definitely worth UK dealerships having a look at what their chosen manufacturers have in their vehicle roadmaps.

However, the real question for dealerships must be: ‘How are we going to adapt the servicing-side of the business - assuming that a high percentage of the maintenance work on an autonomous car will be done through software via the Cloud, powered by a mobile app on the owner’s smart phone, rather than in our dealership?’

They may even want to become cybersecurity specialists to make sure vehicles passing through their service centres have the latest security patches and have been cleaned of malware.

It cannot be long before we see the first vehicle-specific pre-emptive penetration testing operations.

And dealer changes will need to be put into action as early as next year for dealerships which are heavily-reliant on their service centre operations to preserve profitability as new car sales profit margins continue to hover stubbornly close to 1% and volumes decline.