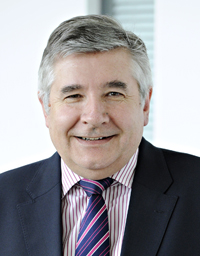 Over the past few years I have received an increased number of requests from TV and radio stations to pass comment on a range of issues facing the automotive industry.

Mostly, these comprise ‘fillers’ where one is adding little to the debate. A recent request was to appear on ‘The Big Questions’ programme hosted by Nicky Campbell to debate whether capitalism can save the planet.

Included was one of the founders of Extinction Rebellion plus a range of people who believed that big business was inherently self-seeking at the expense of both the workers and the environment.

It appeared I had been invited to comment on the car industry’s role in this dystopian view of the world and its immediate future.

One of the key themes to emerge was the role of the Government within the market system. Obviously, some expressed the view that everything should be nationalised, i.e. Northern Rail. The argument being that Governments take a longer-term view than that of industry.

During the debate there were constant reminders of ‘Dieselgate’.

My problem is that I don’t believe Governments do plan long term. At the most they are looking at a five-year horizon outside of which they can make any statement or prediction they like as it has no bearing on their prospects of re-election.

Boris Johnson’s claim that there will be no new petrol/diesel or hybrid cars sold after 2035 is a case in point suggesting that only EVs will be available for purchase.

My view is that Government has not learnt from the mistakes of the 1980s when everyone was encouraged to buy diesel powertrains which, along with the VW issues, has led to the demonisation of diesel now.

In Johnson’s statement he ignores hydrogen fuel cell hybrid and all the other potential alternatives that are likely to come into production in the next 15 years. Surely Governments should be setting targets, not telling industry what strategy they should use to achieve them. A statement that says that only vehicles with zero or environmentally benign emissions by 2035 allows the ingenuity of the sector to come up with the most efficient and profitable way of achieving this.

Perhaps the most significant issue was the role played by the Committee for Climate Change who urged for hybrids to be included in the Johnson targets.

The challenge is that they are also quoted as stating that widespread personal vehicle ownership ‘does not appear to be compatible with significant decarbonisation’.

If what they are saying is that for the carbon targets to be achieved, we need to restrict either the number of vehicles sold or that people will not be free to purchase then this would have a dramatic impact on our sector.

As yet, the debate has yet to move on to this topic but when it does the consequences are going to be greater than simply trying to get more EV charging points installed.