I did consider picking this topic for my blog last week – the acquisition of Imperial Car Supermarkets in the UK by online used car start-up Cazoo last week.

The rumours were circulating last weekend, but not confirmed until Monday.

We know Imperial quite well, and Neil Smith, their Operations Director, spoke at our Autumn Meeting last year in Paris – pause to remember those happy days when we used to get together face to face…

We also know something about Cazoo through the press and indirect contacts.  So what should we read into the deal?  Does this prove that a pure-play online used car retailer is not a viable business model?

Cazoo was established 18 months ago by a successful entrepreneur, Alex Chesterman, best known as the founder of an online property website, Zoopla, and before that Lovefilm – a DVD rental turned video streaming service bought by Amazon in 2011.

He clearly has a good nose for an opportunity in an established market, and on announcing the formation of Cazoo, he stated about used car retail “It’s ripe for disruption, it’s a space almost all of us interact with at some point, and all of us find it suboptimal, painful, inconvenient and non-transparent. There’s no reason to hang about.”

Yet only months after the launch in December 2019, and after two further fund-raising rounds in March and June made Cazoo the fastest ever British “Unicorn” – start-ups with a notional value of over a billion dollars – Cazoo has acquired a bricks and clicks player.

Performance data on Cazoo is not available, although they claim to have sold thousands of cars with “record sales levels over the past few weeks.”

To put that in perspective, Vertu who are one of the leading UK dealer groups, though not the largest in used cars, retailed just under 8,000 used cars a month during their last financial year, as well as having a strong new car and aftersales business but has a market capitalization of a little more than £100 million.

Imperial were retailing 1,750 used cars a month last year, so Cazoo counts as a relative minnow.

So, what should we read into this transaction?  I think there are three lessons.

The first is confirmation that there is no shortage of money around to invest in automotive distribution, a point also made by Trevor Finn, former Pendragon CEO, during the ICDP Summer Meeting last month.

The billion dollar valuation was presumably based on a belief on the part of the investors that the distribution model is broken, on the business track record of the leadership, and the modest results to date that might best be described as a pilot.

The second lesson is that operations matter.

The ‘golden rules’ that we have promoted in the past for success in the used car business include active sourcing of stock and appropriate preparation of cars for resale – meaning an appropriate standard, and affordable cost and a fast turnaround.

By my understanding, Cazoo faced some challenges in buying stock, probably related to the need to build relationships with OEMs, funders and fleets to get the volume of good quality cars needed for a large scale business, and they had outsourced preparation to one of the major auction houses (BCA).

Imperial had these critical relationships for sourcing, and have two state-of-the-art regional preparation factories with the capacity to process several thousand cars per month.

They also prepare high quality imagery that supports the digital channel that forms a key part of the Imperial offer, and has served them well during the COVID lockdowns.

Without these additions, it is unlikely that Cazoo would have been able to grow to a scale that worried the large UK dealer groups and used car specialists (or justified their valuation).

The third lesson – albeit yet to be proven – is that the traditional business model is not fatally broken.

It certainly needs to be improved, and Imperial are a case in point in that they have invested heavily in digital and kept their physical footprint relatively modest – typically former dealer sites that get a light makeover in house style and can start trading within a month.

The acid test will be whether under Cazoo ownership, the physical network continues to expand – demonstrating the need for an omni-channel offer – or goes entirely online.

My money is on the former – there are still not enough customers who want a pure online experience to create a large scale used business, or even more so to meet the needs of an OEM for new car sales volumes.

In the meantime, I wish our friends at Imperial all the best under their new owners, and look forward to seeing if there are other ways in which the team at Cazoo can improve the customer experience beyond those which we already recognize. 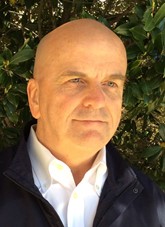 Saker: Put the relationship before the process

Saker: Put the relationship before the process