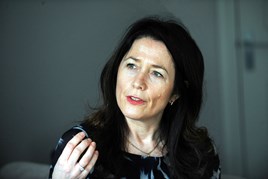 In a special AM ‘guest opinion’ post to mark International Women’s Day, Julia Muir explains how fixing car retail to to allow women to feel safe and thrive has little to do with being ‘woke’ or ‘politically correct’.

She wants to see industry leaders step-up to ensure that women are allowed to thrive in careers free from fear of 'exclusion, intimidation or attack'.

Muir is the founder of the Automotive 30% Club, the chief executive of Gaia Innovation Ltd, and author of “Change the Game: The Leader’s Route Map to a Winning Gender-Balanced Business”, which is widely available from today.

The theme of this year’s International Women’s Day is ‘Choose to Challenge’. It compels us to question a world designed around men, and challenge the inequitable situation for women.

The word “choose” is not used just for a piece of catchy alliteration. We choose to do it because we know it’s the right thing to do for the success of our businesses and wider society.

If you’re a business leader, or own your company and your name is above the door, it’s your choice whether to lead a culture within which women can feel safe and be successful, or be forced to leave because there’s no chance of their skills being recognised, or to escape a hostile environment.

You must decide which culture is the better reflection of you as a person.

Businesses with an inclusive culture and a better gender balance are more profitable.

It’s not about a battle of the sexes, but an understanding of the benefits of balance; diverse women and diverse men working together achieve better results due to the different but complementary qualities and perspectives they bring to make better decisions.

This leads to improved customer insight and orientation, increased productivity and innovation, and the ability to attract talented people.

It’s also because access to a large gender-balanced pool of top performers puts a stop to the practice of over-promoting mediocre white men, and a reduction in management mediocrity leads to an improvement in profits.

Companies that have prioritised inclusive values can attract investment because they deliver increased shareholder value.

It’s not as simple as hiring more women, or fixing women to fit in better. It’s about fixing the working environment to enable women to flourish.

We must question whether historic working practices are relevant for modern life, remove the obstacles that many women face in the workplace, and put a stop to behaviour that undermines women.

So today I’m choosing to challenge you on a subject many women feel uncomfortable talking about, and many men are shocked to hear is still happening in modern times.

I challenge you to check if you’re doing enough to ensure your organisation is a place where women will thrive, and not be excluded, silenced, intimidated or even attacked by a minority of men (and yes the vast majority of perpetrators are men, targeting both women and men) who are harming your colleagues and damaging your business.

Often working practices inadvertently exclude women, or the organisational culture gives tacit agreement to micro-aggressions, harassment and abuse, because the leaders give silent consent by raising no objections.

It’s harder for women to be high performers if colleagues (or customers) are undermining them, damaging their confidence and abusing their power over them.

As a leader you must decide the culture you wish to create in the organization and make the values of equality and respect transparent to all.

It’s not about being ‘woke’ or ‘politically correct’; it’s about building winning teams that perform to their full potential because every individual’s contribution is unhindered by microaggressions or harassment.

Microaggressions are words or actions that are indirect, subtle, and sometimes unintentionally discriminatory.

Examples include interrupting or talking over women, appropriating their ideas, patronising them, and implying inferiority by calling adults ‘girls’.

Gaslighting is a form of psychological manipulation in which a person covertly sows seeds of doubt in a targeted individual, making them question their own abilities, perception, or judgment.

Comments aimed at women often take this form, and do untold damage to the career aspirations and self esteem of many.

We often think women lack the confidence of men, when there’s in fact evidence to support that many men are over-confident with regards to their abilities and women have their confidence regularly undermined.

A BBC Radio 5 Live poll in 2017 found that a shocking 53% of women had experienced sexual harassment at work, and one in ten of these women had been sexually assaulted.

Women who endure it may suffer damage to their mental and physical health, and are unlikely to perform to their full potential.

Women who have suffered workplace abuse change their behaviour as a result, wearing different clothes, shoes that they can run away in, and miss breaks to avoid sitting with male colleagues passing round pornographic images on their phones.

There’s a correlation between sexist behaviour and inequality in the culture of an organization, with companies with a high gender pay gap and the underrepresentation of women in leadership roles having larger numbers of women suffering from sexual harassment.

I’m pleased that business leaders in the Automotive 30% Club are positively transforming their organizational cultures and aiming for higher female representation. My book Change the Game: The Leader’s Route Map to a Winning Gender-Balanced Business is launched today, and contains case studies of several of these companies taking action.

I urge automotive leaders to stamp out the behaviour that prevents women progressing or forces them to leave.

Demonstrate what professional behaviour in the work place looks like, with the top team leading by example, then show zero tolerance for transgressions from the minority who are the perpetrators damaging your business.

It is the collective responsibility of the whole team to make it stop.

What better way to mark International Women’s Day than to commit to making your company a place where women and men can thrive, and aim to build a winning gender-balanced business. Let’s change the game in automotive.