Car dealers need to look out for finance ‘disruptors’ 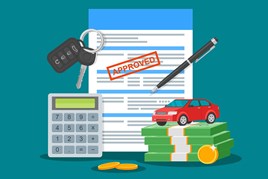 Inextricably linked to the success of automotive retail, finance is crucial to the sector’s well-being. Understanding how finance providers are performing, new products and services and their views on the market is essential for dealers planning their F&I strategy.

Alphera Financial Services reports “continued year-on-year growth”, identifying training and transparency as components key to the success of its dealer and broker partners. One client, Baytree Cars, attributes its 65% increase in sales on finance to its close working relationship with Alphera.

“There are plenty of so-called disruptors, smaller technology companies looking to eat our lunch and, as an industry, we cannot afford to sit back and do nothing” Spencer Halil, Alphera

As part of its celebration of its 10th anniversary, Alphera will publish a report, ‘Financing the Car of the Future’, in November. Alphera’s UK director Spencer Halil said: “As an industry, it is vital that we are looking to the future, anticipating customer trends and building an awareness of the regulation that might be coming down the road. There are plenty of so-called

disruptors, smaller technology companies looking to eat our lunch and, as an industry, we cannot afford to sit back and do nothing.”

Halil urged the industry to itself become the disruptor and highlighted new tools coming in 2017 to support a dealer channel that can engage directly with customers.

Head of projects Paul McGill identified a strong and highly trained sales force located across the country, a willingness to listen to and work with dealers when devising products and the way it embraced the Financial Conduct Authority (FCA) regulations as the main contributors to Black Horse’s success over the past 12 months.

He said: “Change is a challenge and we undertook a great deal of consultation, preparation and then piloting the new terms, which has proven to be invaluable and has ensured we are seeing such positive results.”

McGill added: “Currently, it’s a very strong picture for us and it’s a combination of good people on the ground and the fact we adopted the new regulations so widely.

“Initially, there was some surprise at our interpretation of the new regulations. At the time we felt it was the right approach and our results in 2015 and 2016 certainly seem to bear this out.”

Developments include the launch of the ‘Black Horse SignIt’ system, an electronic process that asks a series of questions to establish online verification without requiring a traditional signature. The ease and security of SignIt has seen a take-up of up to 90% in some sectors of its business within 12 months.

SignIt will be followed next year by additional digital improvements. Other initiatives include the launch of its mobile finance calculator, which allows dealers to provide quotes for customers on the forecourt, and its dealer learning platform, Premium LetsULearn.

With results due this autumn, Close Brothers’ Motor Finance director of strategy Chris Bosworth predicts growth to be in the “high single digits”. In July, figures released by its parent company, Close Brothers Group, showed a loan book increase of 7.2% for the five months to June 30, 2016.

Focusing on the independent sector and specialist manufacturers, a recent win for Close Brothers is the iconic British brand Morgan Motor Company, while its motorcycle division has also performed well this year, it said.

Close Brothers’ dealer-funding division, providing loans used mainly for stocking, has grown significantly. About 90% of its loans are accepted for amounts for as little as £30,000 to

£3 million. A referral service has also been added, enabling Close Brothers to pass customers to brokers, reducing the likelihood of funding refusals and increasing acceptances from 55% to 65% for the year to the end of July.

Used car PCP penetration has increased this year and Close Brothers’ new product, ‘GO’, launched in August, is live with 28 of its larger dealers. GO calculates residual values by marque and model, so premium vehicles more likely to hold their value for longer are assigned a higher guaranteed future value, is expected to be made widely available by the end of this year.

“It plays to our strength,” said Bosworth. “I think the PCP product will be a very attractive proposition for the independent sector.

“With the subsidised manufacturer finance deals, there was a weird dynamic for a while but now the cost of a new car compared to a used is what you would expect.”

Bosworth highlighted remuneration as a key focus in the coming months with a new product scheduled for January to tackle potential issues surrounding commission and pricing of finance products. The FCA is currently undertaking a thematic review of remuneration and staff and management incentives, which it considers could be a conflict of interest and result in ‘poor consumer outcomes’.

Finally, with Brexit remaining top of the news agenda, Bosworth said Close Brothers would “fill any gap which may arise” and views current uncertainty as a “time of opportunity”.

MotoNovo Finance is urging dealers to look at how finance technology can benefit their business and prepare for a greater integration of finance into their sales model.

“If we can show a dealer that, with technology, they can gain even just 1% uplift in acceptances, unit sales or efficiencies, it all represents happier customers and purely incremental profit to the bottom line,” said Karl Werner, chief executive of MotoNovo Finance’s Motor Division.

Gains include an acceptance rate on used cars of more than 55%, compared with an average of 54.4% for independent finance providers. In July, more than 700 underwritten leads were sent to dealers via MotoNovo digital products. Now, 62% of underwriting decisions are automated and 21% use both auto underwriting and auto payout.

Werner said: “Looking ahead, working with dealers, we need to evolve the car sales model from within or risk seeing external entrants take that step. We have already seen the early impacts of this threat. At MotoNovo, we intend to be in the vanguard of helping dealers to make the transition to a new sales and promotion approach, which we will launch later this year.”

Established in 2013, Startline Motor Finance, which specialises in sub-prime lending, has more than 50 dealer groups that have added it to their lender panel.

Chief executive Paul Burgess refers to the business as a “flexible lender”.

“As a service-led lender, we tend to be more agile and dynamic than most, with customer service and underwriting teams that have a higher degree of independence than at most large finance businesses. This means that we are set up to look closely at applications that others may have had automatically rejected by their online systems.”

The increase in business has also led to a recruitment drive including senior sales roles.