Ease the strain of add-on insurance sales with good partners 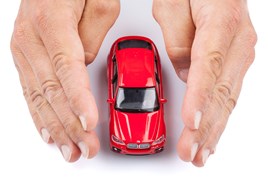 The demands of Financial Conduct Authority (FCA) compliance and the need for an increasing online presence have not been the only pressures on the add-on insurance sector over the past 12 months.

An increased ability to offer dealerships tools that will allow them to minimise the impact of additional revenue streams on their efforts to meet the manufacturer-set sales targets has also been a consideration. These demands have resulted in a record new car market in the first half of 2016.

Selling more vehicles should bring with it the ability to sell more F&I products that will deliver a healthier profit. But all too often the sheer volume of throughput makes the logistics of that model untenable.

For those specialising in add-on products, an ability to streamline retailers’ sales processes is key to new growth, according to David Brock, managing director of MB&G Insurance Services.

Brock’s Aros Holdings bought the Newcastle-based MB&G business in February and he says his plan to yield a 56% increase in turnover in the next 12 months revolves around a new system which would take the sale of its range of GAP, RTI, warranties and insurances out of the hands of retailers at the point of sale.

Retailers retain commission through referrals as part of the new form with which MB&G has seen great success in recent months.

“It is growing 20% faster than we anticipated it would,” said Brock.

“Last year’s FCA regulations had a number of effects but the main one has been an increased burden on sales staff. For a lot of dealerships the sale of add-on products is just too much hassle.

“We will follow customers up, make the sale on dealers’ behalf and then send them a cheque. It’s as simple as that.”

“The FCA now has much more industry knowledge than when it first took over responsibility for consumer credit” Andrew Smith, Consumer Credit Advisory Services

Brock claims the MB&G dealer service is gaining traction with smaller operators keen to avoid any issues with FCA compliance by drawing on the knowledge of an established supplier plus larger groups who wish to streamline their operations.

Further growth has come from MB&G’s development of its warranty business. Brock said warranty products are becoming “harder and harder” for dealers to sell, but winning business from the SsangYong UK dealer network has bolstered their offering, with another manufacturer deal in the pipeline.

Nick Franklin, head of partnership and distribution at Mapfre Abraxas, highlighted his business’s moves towards helping to streamline the sales process as a positive move over the past 12-18 months.

Its system works with the FCA’s four-day referral guidelines, issuing initial information which can be handed to a customer at the point-of-sale or provided via email.

Prompts are then flagged up with the retailer as the customer receives emails the following day, four days after sale and at 10-day intervals after that if a sale is not secured.

Franklin said: “It’s important that retailers are FCA compliant and also that they keep the product in the mind of their customers after they have left the retail environment.

“This kind of system allows that to happen without any additional admin.

“Our emails have links to our website so the option is there for customers to click to buy from the comfort of their own home, but the commission is still earned by the retailer.”

Franklin said that, since he took up his post in July 2015, Mapfre Abraxas had worked hard to adopt a more consultative approach with retailers.

He said: “We recently won a sizeable contract after going into a group and spending five days with them, identifying the strengths and weaknesses of their current F&I proposition.

“Last year’s FCA regulations had a number of effects, but the main one has been an increased burden on sales staff. For a lot of dealerships the sale of add-on products is just too much hassle” David Brock, MB&G Insurance Services

“Stoneacre have recently adopted our systems also and, because of this consultative approach, they have a bespoke system which they are operating from their own call centre.”

AMS Insurance Services sees its growth coming from a new SMART repair insurance product, following the formation of a partnership with Smart Insurance which was announced in late August.

Asset Secure Smart Insurance will be sold as part of AMS’s asset protection offering and aims to provide “fair products with fair rates at a fair price”.

Chris Reid, sales director at AMS, said: “We do have significant growth plans for the next few years and Smart Insurance is the start of that.”

Mark Boote, managing director at Smart Insurance, shared Brock’s view that car retailers had made great efforts to streamline sales of F&I products since the FCA regulations of 2015 ushered in a more protracted sales process.

He said that the effect of the regulations had been to create a “level playing field” in which many F&I providers had embarked on a “race to the bottom” to compete on value.

The scenario had been welcomed by Smart Insurance, however, as they maintained a focus on fairness, something Asset Secure Smart Insurance aims to embody.

is MB&G’s hoped-for increase in yield

He said that growth had come from independent dealers as well as larger dealer groups and OEMs. He credited the business’ product training, new starters and management information provision as “the real driving force”.

Boote highlighted the growing role of technology and the internet as “one of the most exciting developments” for the sector.

“The ability to claim on, manage and potentially buy a policy direct from your smartphone is something we see as almost entry to the game now and consumers certainly see this as a huge USP to any policy,” he said.

Car Care Plan currently facilitates the sale of about 70% of its warranty sales online as it registers about a million products each year in the UK, but the business is seeing its major product growth come from the sale of SMART repair insurance.

John Saleh, Car Care Plan’s head of field operations, said that Car Care Plan had seen growth of 100% over the past 18 months in this area and, although SMART repair insurance remained less popular than its asset protection (GAP) offering, it had created a relatively new revenue stream.

“That is where we have seen our most significant growth,” he said.

“Overall the outlook is very good. Consumers seem to be becoming more risk averse and at the same time the effect of the FCA is that retailers are really adapting their sales processes to make more people aware of the products. Rather than hinder sales, I think that’s been a huge benefit.”

Saleh said that the business had also benefited hugely from its role as service provider for Ford Credit Britain, which was launched in June.

He said: “The relationship with Ford should generate considerable growth for us and is a really positive step. We’ll be selling our full range of products through the entire UK dealer network.”

AM’s readers were recently warned by Andrew Smith, managing director of Consumer Credit Advisory Services, that the FCA could be expected to begin paying closer scrutiny to the F&I sector after progressing from a phase which has seen the process approving compliant businesses and developing a better knowledge of the sector.

He said: “The FCA now has much more industry knowledge than when it first took over responsibility for consumer credit and it perhaps did not interrogate some areas with as much intensity as it will do now.”

With the pressure of FCA compliance weighing as heavily as ever and retailers keen to exploit other revenue streams amid shrinking margins, more are expected to lean increasingly on their F&I partners.

The result seems to be inevitable. Franklin told AM: “There will be growth. As a business we continue to expect it.”