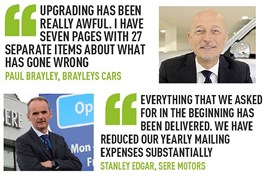 Paul Brayley, Brayleys’ managing director, said: “I was told 25 years ago that moving premises or changing your DMS was the hardest thing you can do as a motor dealer. I thought that may have been overblown, but it’s still the case today for me.”

R&R acquired MMI in 2008. Brayley said: “We had anticipated R&R would run down, but they didn’t. However, it got to the point where we needed to replace the server and the costs for that were considerable.

“We had to make the decision – replace the server for a system that wasn’t going to be supported in the long term or upgrade to a new DMS.”

One of Brayley’s franchise partners required specific data access on aftersales to qualify for certain bonuses, something the previous system couldn’t do. Brayley also knew R&R was preparing to acquire Contact Advantage (CA), which had a good reputation as a lead and sales management system.

He said: “We were told CA would be integrated, so having access to that also helped to clinch the decision. We have ambitions to continue growing the business, so we needed a system that would set us up for the next 10 to 15 years.”

While R&R owned both the Automate and Power systems, Brayley said making the move was not a simple process. He added that the “poor” quality of the converted data “led to a lot of extra stress”.

“There was the goal to have full integration Contact Advantage with Power by the end of 2016, but we’re almost a year later and it still hasn’t happened.

“Upgrading has been really awful. I have seven pages with 27 separate items about what has gone wrong through the process.” 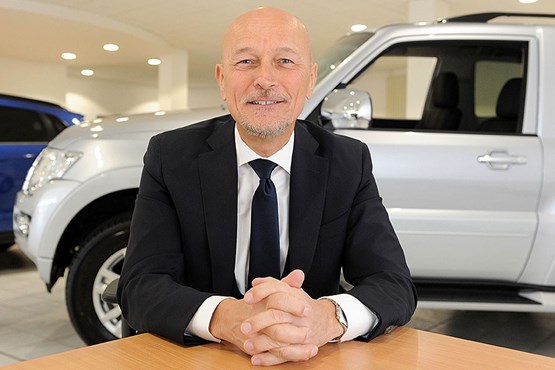 Brayley said the training offered by R&R did not meet his expectations, with trainers often unable to answer questions about Power or MMI: “Because it was R&R, we thought they would understand MMI, which they had previously acquired.”

While Brayley said the training wasn’t up to standard (see panel, left), he said it’s still important to invest time and money to make sure staff get up to speed with the new system.

He said: “It’s better to do any DMS training on-site, in a live situation. Even at a cost of approximately £700 a day for a trainer, you would end up saving on costs due to staff being out of the business and staying at hotels, transport, petrol etc.”

Brayley said one of the priorities when preparing to switch to a new DMS system is ensuring the accounts department is ready to embrace it. He said the business should treat the change like an annual audit – balance sheets need to be in order and there needs to be minimal debtors.

Brayley said an unprepared business could see considerable stress on the balance sheet, to the extent that it could make some businesses go bust.

Brayley said that generally, staff are happy to change, but training and support have to be in place. He said there are usually training modules included with new DMS systems that have dummy versions staff can practice on.

He said: “You’re asking staff to change everything about how they do something from the method they may have known for years. When you go live, the DMS supplier will have people on site, at a cost to you, so there is some hand-holding if you need it.”

Having gone through the process, Brayley’s advice is don’t change “unless you absolutely have to”.

He said: “You have to weigh up whether it’s going to be worth it. The financial cost won’t be just the system, it’s that plus the disruption.”

Brayley’s tips when going through the tender process for a new DMS include getting a copy of any presentations given from DMS suppliers.

He said: “It helps support what has been agreed in terms of functionality and what they deliver.

“I would also ask the supplier for a list of all their current customers and then get references to weigh up the pros and cons. That might sound like a basic step, but the more people you can speak with to get feedback, the better.”

He said: “Whatever the implication of delaying is, it’s likely to be far better in the long run.

“We’re now in a really good place, and on top of things accounts-related and otherwise. I’m hoping I can put the process behind us and fingers crossed I’ll be long retired before we need to change again.”

R&R response: ‘Training is key in adopting a new system’

Martyn Morgan, Reynolds and Reynolds software consultant and product design manager, told AM it emphasises early on that training is a really key element in adopting a new system, and it advises allowing a minimum of 16 weeks between signing a contract and going live to give a dealer the time to prepare the business, but unfortunately training can be one of the most expensive parts of switching a DMS.

He said it has taken longer than desired to fully integrate Contact Advantage, but he would rather take the time and have a stable product.

“The way we work is no different to any other software company. We would rather not give a hard date for integration until we can be certain the system is ready,” he said.

“I think in the case with Brayleys there was the expectation that the integration was there at the beginning, but it has been something we have been working towards. In that case, the dealer had an expectation and unfortunately we didn’t meet that expectation.”

Morgan said there were “some human resource issues we were made aware of” in terms of the DMS implementation process with Brayleys, but Reynolds and Reynolds addressed these issues and he thinks the relationship has definitely improved.

Sere Motors switched to CDK’s Autoline Drive system with the goal of improving its lead management and customer contact process to help it grow its market share and used car operation.

Sere has two sites, one in Belfast and one in Lisburn, representing Seat, Mitsubishi and SsangYong. It also operates aftersales franchises for Fiat and Renault, as well as a used car supermarket. It had a turnover of £45 million in 2016. 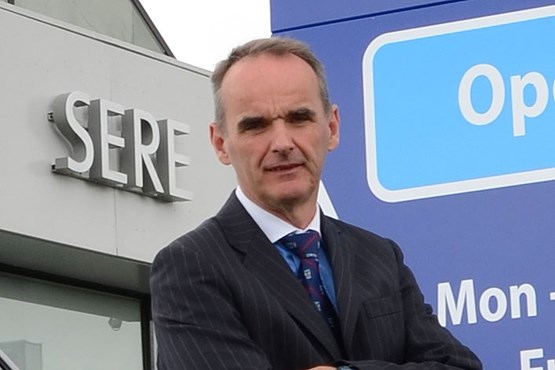 Stanley Edgar, Sere managing director, said: “We had a customer database of more than 41,000 and were spending nearly £80,000 on mailers, so to efficiently contact our customers throughout the ownership cycle for anniversaries, service and MOT reminders and special offers, we needed a new system.”

Edgar said CDK worked closely with the business when installing Drive, reviewing all its processes and database interactions.

Sere spent nine months in the run-up to the switch making sure the company’s database was in order and this was then followed by a review of the dealership’s processes to line everything up before moving to the new system.

The switch from its previous system to Autoline Drive took a week, and to get the system running smoothly it took three months. It took three years for all modules to become fully functional.

As Sere Motors was the first dealership in Northern Ireland to have the system installed, the process was a learning curve for both the dealership and CDK.

The initial setup was so new, for example, that certain features in the modules still needed developing.

Edgar said switching to the new DMS system helped to reduce the administrative burden across departments by about 80% due to a reduction in double-keying across previous systems.

He said: “The CDK Drive system was the recommended one by our manufacturer partner, which meant new leads would come directly into our DMS, allowing the dealership to act quickly.

“Everything is also integrated between the manufacturer and the dealership, which is essential, as we didn’t want our staff to be entering data into the system three or four times. This integration also has a significant impact on parts as well, as we can see stock and parts orders, reducing cost, workload and time.”

Since installing the new system, Edgar said he has reduced annual mailer costs by £78,000, to under £1,500 due to the new DMS contacting customers by their preferred method (digitally in the majority of cases).

Edgar said: “Prior to Drive being installed at the dealership, forms were filled in by hand, whereas now information is put in once and populated between departments, cutting down admin time.

“Everything that we asked for in the beginning has been delivered. We have reduced our yearly mailing expenses substantially and thanks to the workflow integration between dealership and manufacturer we can respond to new leads quickly and efficiently. The only downside is trying to keep up with all the capabilities of the system.”