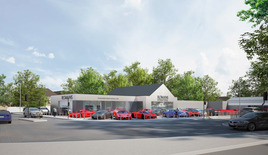 Supercar dealer Romans International is set to expand its showroom facilities into a former TrustFord dealership a “stone’s throw” from its current location in Banstead.

The retailer announced that it had completed the acquisition of the building on Brighton Road, Banstead, in a statement issued this morning (February 18), describing the purchase as “a real coup”, having set its sights on the property long before it actually became available.

“But our dream has always been to remain where we are now, so the opportunity to buy the site next door and expand from there is our perfect scenario.”

Tom and his father Paul Jaconelli, who is the chairman and founder of the business, are said to be “over the moon at the purchase”, which will allow their business to its next step.

TrustFord revealed its plans to close its Banstead Ford dealership site as part of a consolidation plan implimented last year.

TrustFord’s Alperton dealership site was offered for sale back in November as part of the Ford of Britain-owned AM100 car retail group's changes which brought about closure of its Banstead dealership – to be consolidated into Epsom – and a move to shift the new car sales operations of Eltham and Perry Bar into Epsom and Erdington, respectively.

Revealing his plans for the site, Tom said: “Although we are keeping the structure of the existing Ford buildings, we are completely gutting them out with some heavy renovating taking place to create a big open modern showroom.

“It won’t be physically connected to our existing showroom but it’s going to link together and feel like one site. 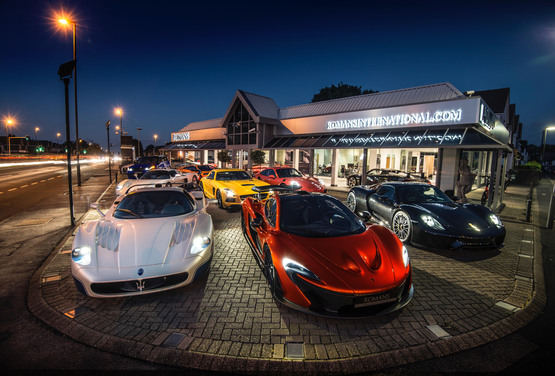 “For us, it’s all about delivering a first class customer experience and creating an environment which presents these special cars in the best way possible.

“We pride ourselves on being a business with a family friendly feel and dedicated long-serving staff.

“We want to retain all that personal charm and intimate atmosphere that our clients have become accustomed to, but take it to the next level.”

Romans was founded 27 years ago and remains a family-run business specialising in hypercars and high-end luxury vehicles.

This year now looks set to become a big year for the business, its statement said.

Building work is already underway at the former TrustFord site and the opening of the new site is planned for this summer.