Cambria Automobiles has seen a more than 50% fall in profits year-on-year, a performance judged as “relatively resilient” by chief executive Mark Lavery today.

Lavery said: "The group has performed in line with our expectations and has produced a relatively resilient performance against a difficult market backdrop with weak consumer confidence, rising unemployment, inflationary pressures and adverse exchange rate pressures which has impacted the vehicle manufacturers that we represent during the reporting period.

"The board foresaw that this trading period would be particularly difficult and undertook a cost rationalisation programme to ensure the group was better prepared for the challenging economic outlook for the period under review and throughout the coming trading periods.

“The cost rationalisation programme was concluded at the end of our first quarter.

“The balance sheet and liquidity continues to be strong and this gives us confidence that we enter the second half of the financial year well equipped to deal with the short term challenging economic conditions.

“As the economic conditions improve over the medium term, we believe that Cambria is well placed to capitalise on improved growth in vehicle volumes, profitability and expansion opportunities.

“We are able to report that the important March and April trading periods are in line with previous year, and that the March new retail registrations showed some signs of recovery."
Cambria’s new vehicle sales fell 9.8% year-on-year to 3,502 from 3,882 units in 2011, the private retail element reduced 3.4% against a market down 8% year-on-year.

Lavery said the Vauxhall acquisition in September was the first of what he expects to be a developing relationship with the manufacturer with new sites added “in due course to make it a primary brand partnership”.

- The rationalisation programme implemented in the first quarter with a one off cost of £0.3m significantly reduces ongoing cost structure
- Net debt is at £1.0m
- Group net assets at £19.7m

“Considering its strategy of buying underperforming businesses, Cambria is doing quite well in making any money at all, although it has not been able to cut its overhead base as fast as its turnover fell.

“The business is, however, very new car dependent, more so than organisations that have been building on their local presence and brand for a long time. With the turnaround strategy comes the opportunity of quick wins when you re-establish control, but also the need to rebuild customer loyalty, which takes time.

“And so with the strategy and the resultant lack of maturity of the businesses its acquired and the lack of a comparatively strong aftersales parc and customer database, Cambria is exposed, vulnerable in the fact the turnaround businesses don’t have loyal customers. Cambria’s turnaround plans have not yet had time to bear fruit, allowing them to be less new car dependent.

“Everyone complains about aftersales pressures, but volumes should be holding up as people have their cars serviced rather than replacing them.

“Things can only get better for Cambria as long as they work on the turnaround plan, sticking at it with the right formula.” 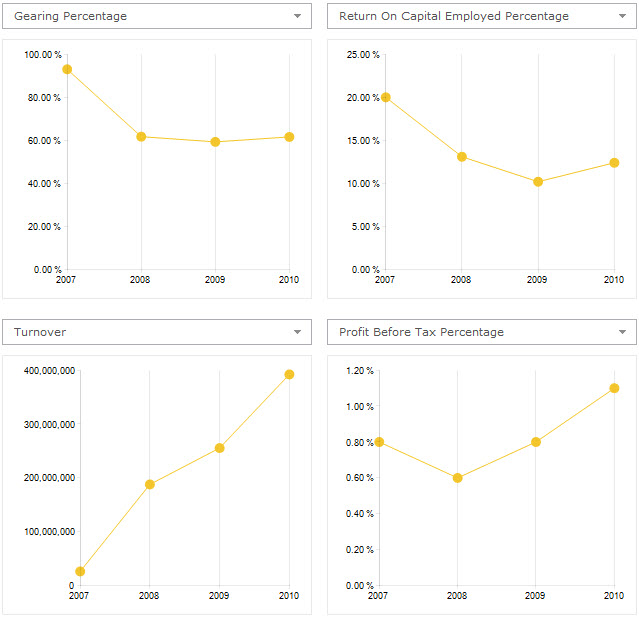