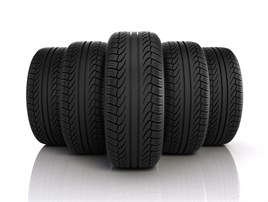 More than two-thirds of motorists questioned by Continental said they were not aware of the new EU tyre labelling regulation.

Peter Robb, brand manager at Continental tyres, said: “It’s the biggest thing to happen to the industry for quite a while and it seems to be passing a few people by.”

However, he pointed out that people may be unaware because they are not yet in the market for new tyres.

“If you’re only in the market for new tyres every two years it could be a year-and-a-half before you’re exposed to the tyre labelling. I think if we did the test in two years’ time the awareness level would be quite high.”

The survey highlighted that there is a need to educate drivers about the label with 20% of respondents mistakenly thinking one of the categories would tell you how many miles a tyre would last.

A fifth of survey respondents said they found the label confusing with a further quarter suggesting that there isn’t enough detail and there are other things to consider when buying tyres, such as buying from a dealer they trust.

Just over half (52%) said the label would not change their decision-making.