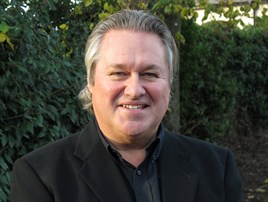 It would be an unfortunate driver who had petrol spilled on the bonnet of his car and then deliberately set alight. Yet this is what motoring TV presenter Mike Brewer is seen doing on a video to demonstrate the effectiveness of one paint protection product.

What is inescapable is the damage inflicted on car bodies by more mundane causes, from general debris and air pollution to hard-to-shift bird droppings. Then there is the interior, vulnerable to a variety of mishaps from spilled drinks to melted chocolate. A favoured way to demonstrate fabric protection is to present the customer with two swatches and pour coffee on both to see which one has been treated.

Put paint and fabric together and it should result in a compelling case for placing them high on the list of add-ons for the sale of new and used cars. As Rob Collins, director of Paintseal Europe, pointed out: “Other options like extended warranties are less attractive now that new cars have much longer manufacturer cover.”

But isn’t it still a hard sell, especially to buyers of used cars when the economic climate remains cloudy? Victor Coutin, managing director of GardX, replied: “Why shouldn’t someone who has saved £3,000 over 18 months for a used vehicle think it just as important to look after their investment as someone who pays £30,000?”

Endorsed by manufacturers like Citroën and Kia, GardX is a two-stage protection process that permanently etches four layers of sealant into paintwork.

Once applied, it shields against the effects of the sun’s UV rays, acid rain, sea and road salt – even Mike Brewer’s petrol burning efforts – and  comes with a guarantee for the lifetime of the vehicle, provided it’s not more than eight years old at the point of sale.

As with other suppliers, GardX is keen to promote optional extras with its ‘take-home’ packs ranging from premium to executive. The latter includes such items as a multi-tool, and LED torch, with Tyre Guard – a temporary puncture repair kit – featured in most packs.

Coutin said the sector had moved on since the days “when someone would drop off a box of products with an accompanying leaflet to a dealer and it was more a case of the customer buying it than the salesmen actively selling it”.

Today, he reckoned all but around 10% of franchised dealers were offering paint protection products, with “a simple but powerful sales process” expected to achieve a minimum 40% penetration compared with 15% a decade ago.