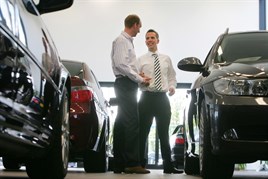 The average UK car dealer made over £96,000 in the important plate-change month of March.

As a result the rolling 12 month return on sales figure has climbed over 1.5% for the first time and now stands at 1.55%, the highest national figure ASE has recorded.

The latest profitability figures from ASE show an increase of £17,000 on average on the corresponding month in 2013, which was in itself a strong performance.

March is one of the busiest months of the year for car dealerships in the UK and often sets a business up for the rest of the year.

Mike Jones, ASE chairman, said: “The profit for the month of March was largely down to a very strong new car performance allied to the recognition of large bonus incomes for the quarter.

“This pushed the vehicle sales expenses as a percentage of gross ratio to the lowest level we have seen, with it now standing at under 62% for the rolling 12 months. Taking the month in isolation this ratio was down at 42%, providing the massive boost to profitability.”

Car dealers saw used car performance hold up well in March, although  there are signs of a slight softening in the market in April. Overhead absoprtion rose to 57.3% on average.

Jones said: “For return on investment we continue to see a big differential between the volume franchises who achieve well in excess of 100% and some of the luxury brands who fail to get over 50%.

“It is pleasing to see the growth in overhead absorption, which is now making gains on a monthly basis. This is a result of increased retail hours sold within the service department, a trend which should increase as recent retention strategies and an increased vehicle parcs feed through into a growth in the volume of retail jobs.” 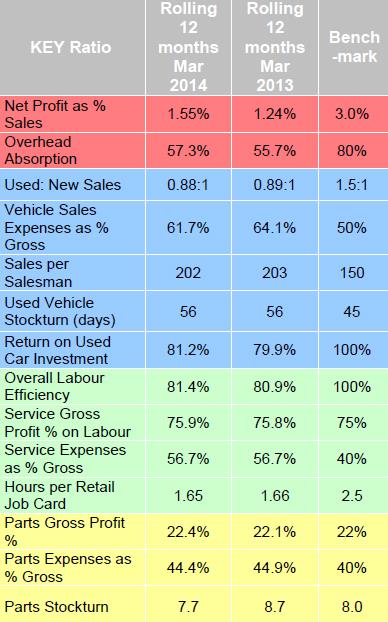